Delivering a “message of hope” on his first ever visit to Honduras, United Nations Secretary-General Ban Ki-moon today urged the National Congress to draw on the tremendous diversity and voices of all the country's people as they undertake measures to address poverty, inequality and insecurity and move towards sustainable development.

“I come to your country with a strong message of hope: I am with the people of Honduras,” Mr. Ban said as he delivered remarks in the Honduran capital of Tegucigalpa, where he urged the Congress to “be a space to build consensus and effective responses.”

“As representatives, you hold the hopes of your people. As lawmakers, you translate those aspirations into policy. As leaders, you are accountable for results,” he added, explaining that while the Central American country has emerged from recent political turbulence and made substantial progress towards meeting the UN Millennium Development Goals (MDGs), poverty, inequality, gang violence, insecurity and impunity remain the big obstacles.

As it stands now, two-thirds of Hondurans still live below the poverty line and only one-third of young people finish high school. The country is among the world's most vulnerable to natural disasters and the impacts of climate change. And opportunities for decent jobs remain few and far between, leading many to seek the path of migration, the Secretary-General said.

These obstacles to progress are causing many to “literally run for their lives”, said Mr. Ban, referring to the thousands of unaccompanied minors making a perilous journey to the United States, often exposed to abuse and exploitation. 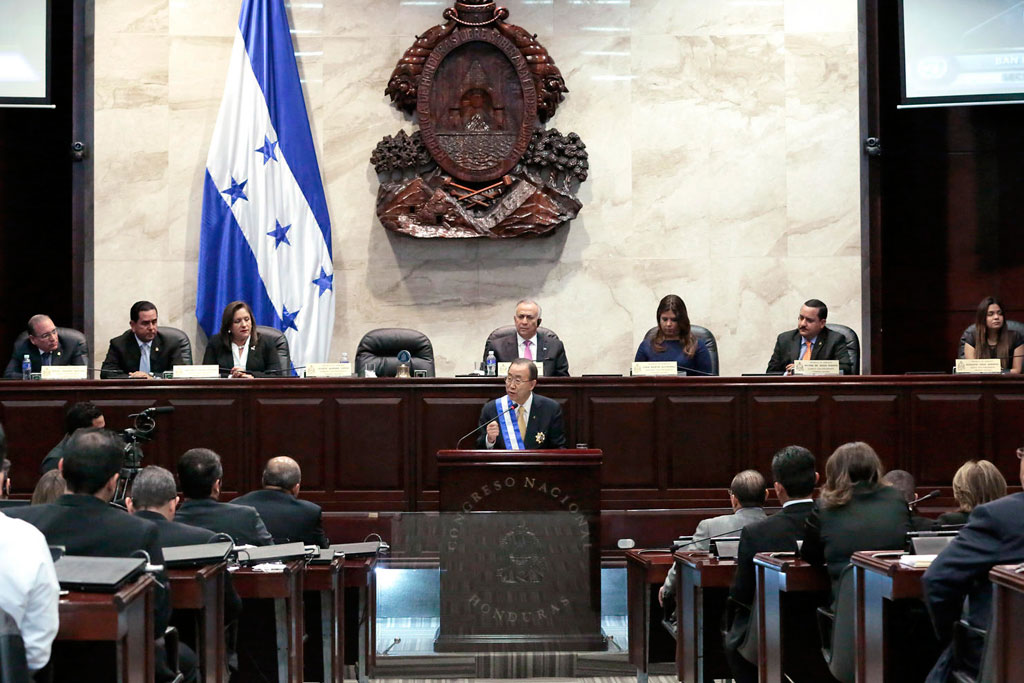 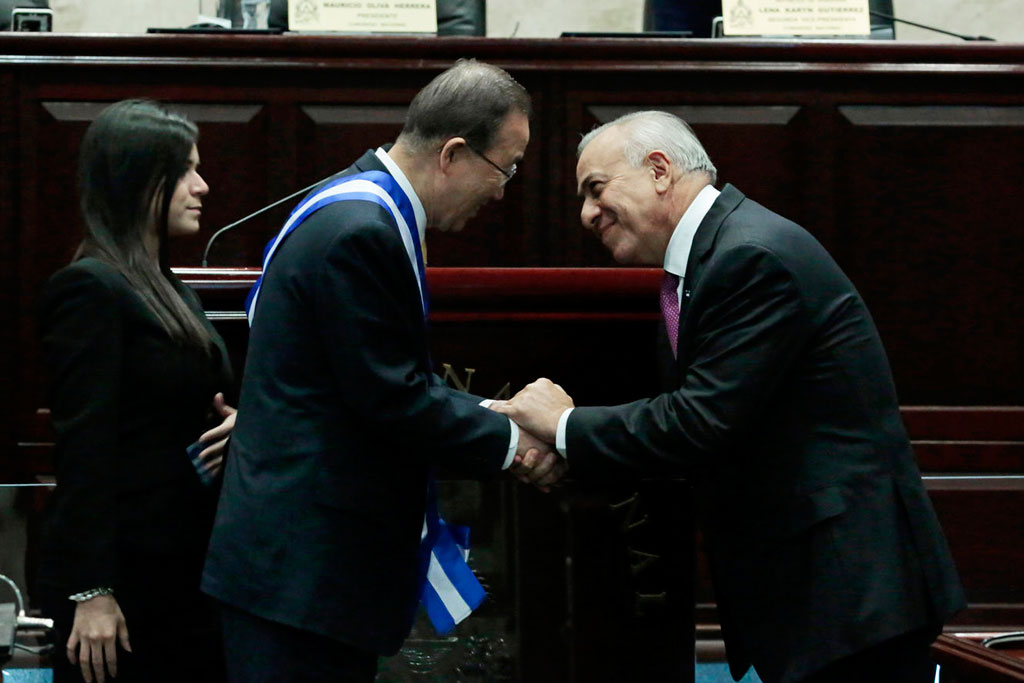 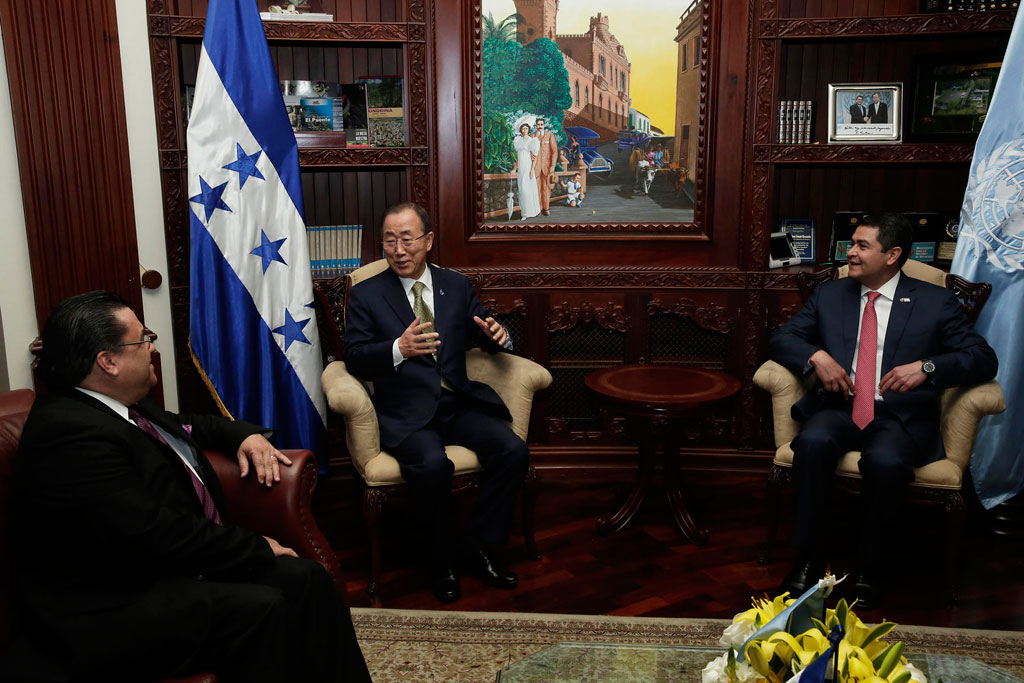 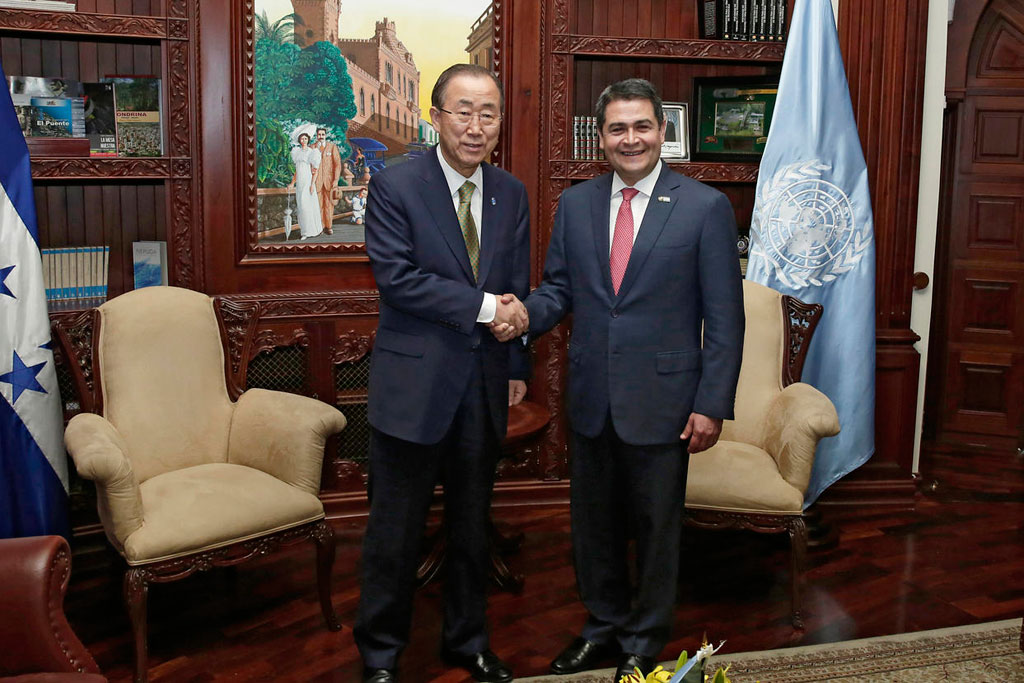 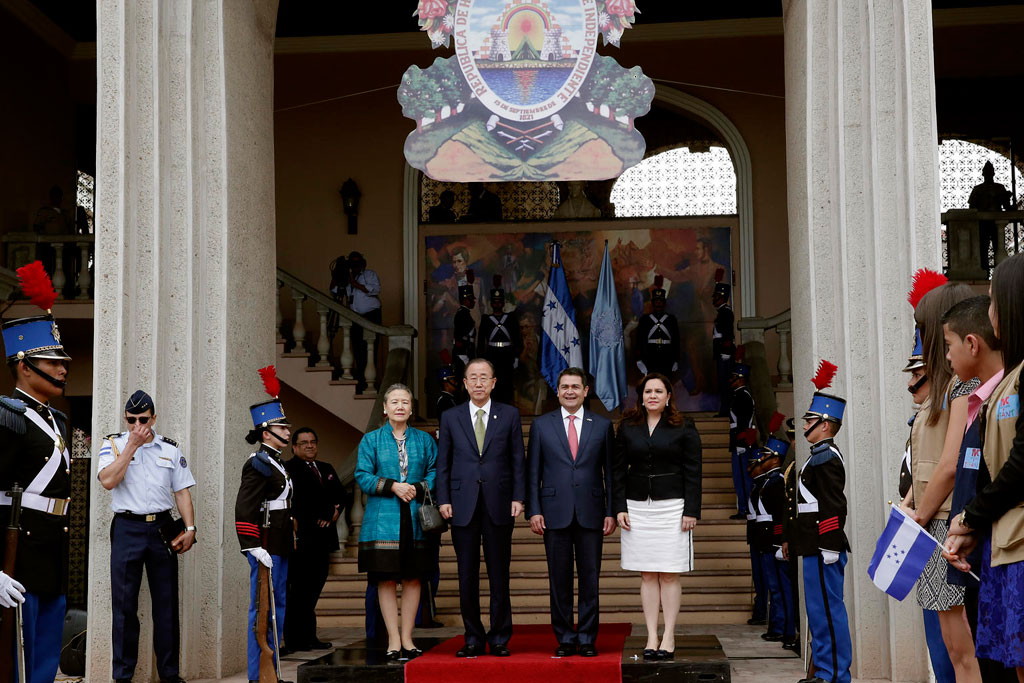 “Today, the people of this region are being held at gun point by an upsurge of violent crime fuelled by transnational organized crime and drug-trafficking networks,” he emphasized as he called on all involved countries, those of origin, transit and destination, to urgently protect the human rights of migrant children.

“Like people everywhere, Hondurans want good schools for their children. They want transparent, accountable and strong institutions that listen and respond to the people. They want communities free of violence. They want a better future for their families,” the UN chief said.

He urged the Government to fulfil its political responsibilities by boosting regional integration, tackling poverty and inequality and citizen insecurity, and by strengthening human rights.

From the end of the MDGs to a universal climate change agreement in Paris in December and the 70th anniversary of the UN, the year 2015 is not only pivotal but a year of transformation, Mr. Ban said, explaining that UN Member States are now crafting successor sustainable development goals and pledging to reach a new legal climate deal in Paris by the end of the year.

“Taken together, this means that in the next twelve months, we can transform the lives for the generation,” he said, adding: “I am urging governments everywhere to fulfil their political and moral responsibilities. This is my call to dignity – and we must respond with all our vision and all our strength.”

On the issue of safeguarding human rights, Mr. Ban said he looked forward to the establishment of the first-ever UN office on human rights in Honduras in the coming months and underscored how the Human Rights Up Front initiative can be helpful in addressing issues as it aims to ensure the Organization acts earlier to address human rights concerns.

Earlier in the day, the Secretary-General was awarded the Gran Cruz Extraordinaria con Placa de Oro which he accepted “humility and gratitude” for the UN's work to build a better world.

Also today Mr. Ban met Juan Orlando Hernández, President of Honduras. They discussed the country's social and economic issues, particularly the Government's “Plan por una vida major para todos” (Plan for a better life for all) and its links with the multilateral discussions on the post-2015 development agenda. They also discussed the importance of focusing on financing for both the development and climate change agendas.

According to Mr. Ban's spokesperson in New York, the two leaders also addressed concerns regarding Honduras' security and human rights situation. The Secretary-General welcomed the Government's willingness to strengthen its relations with the United Nations through the opening of a local presence of the Office of the UN High Commissioner for Human Rights.

During a press conference after that meeting, Mr. Ban took note of the Government's measures to improve the security situation. To that end he said he was very happy to note that the homicide rate has dropped significantly during the last two years from 86 homicidal deaths out of 100,000, to 66.

“That is 22 per cent; quite a significant improvement and I highly commend the President and [his] strong leadership and commitment to protect human dignity and human rights, and particularly saving human lives,” said the UN chief.

However, he remained deeply concerned by the plight of unaccompanied child migrants from Central America. Although the number of returned children has decreased since the summer, there remains a need to address the situation of minors currently in transit or detention.

“In all cases, dignity and human rights must be protected,” said the Secretary-General, emphasizing that the UN stands ready to support regional efforts to address security, including facilitating the exchange of best practices on how to prevent violence and crime, stem youth violence, promote the social reintegration of offenders and strengthen institutions.