In his message on the International Day, Mr. Ban said this year's observance comes as the world shapes a new sustainable development agenda to succeed the Millennium Development Goals (MDGs), the largest anti-poverty campaign in history, by 2015.

Member States, the UN system, experts, representatives of civil society, business executives and millions of individuals from all corners of the globe, have come together with a shared sense of purpose to make the most of this once-in-a-generation opportunity.

“The new agenda will centre on people and planet,” the Secretary-General continued, explainig that it will be underpinned by human rights and supported by a global partnership determined to lift people from poverty, hunger and disease.

“It will be built on a foundation of global cooperation and solidarity,” he decalred.

Indeed, the United Nations believes that solidarity with people affected by poverty and an absence of human rights is vital, he said adding that, based on equality, inclusion and social justice, solidarity implies a mutual obligation across the global community.

“As we map our future development path, we must be firm in our commitment

to champion solidarity and shared responsibility as part of the sustainable development agenda. These are fundamental values that must be upheld,” affirmed the UN chief.

Only through collective action could the world tackle such far reaching issues as poverty and growing inequality, climate change, chronic poverty and major health challenges, such as the Ebola outbreak in West Africa.

“On International Human Solidarity Day, I call for a renewed commitment to collective action. Let us act together as one to end poverty, achieve shared prosperity and peace, protect the planet and foster a life of dignity for all,” said Mr. Ban, echoing a call he made just two weeks ago when he introduced and advance version of his so-called “synthesis report,” which will guide negotiations for the new global agenda.

In an informal briefing to the General Assembly, the UN chief on 4 December presented his report, The Road to Dignity by 2030: Ending Poverty, Transforming All Lives and Protecting the Planet, which aims to support States' discussions going forward, taking stock of the negotiations on the post-2015 agenda and reviewing lessons from pursuit of the MDGs.

It stresses the need to “finish the job” – both to help people now and as a launch pad for the new agenda.

In the report's conclusion, the Secretary-General issues a powerful charge to Member States, saying: “We are on the threshold of the most important year of development since the founding of the United Nations itself. We must give meaning to this Organization's promise to 'reaffirm faith in the dignity and worth of the human person' and to take the world forward to a sustainable future.” 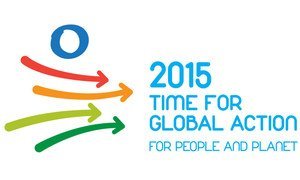 Calling for inclusive, agile and coordinated action to usher in an era of sustainable development for all, Secretary-General Ban Ki-moon today presented the United Nations General Assembly with an advance version of his so-called “synthesis report,” which will guide negotiations for a new global agenda centred on people and the planet, and underpinned by human rights.