In fact, China and the US received more than half of global filings with China's State Intellectual Property Office, known as SIPO, becoming the world's top office in terms of patent filings received. The European Patent Office (EPO), on the other hand, saw its share of the world total fall to 5.8 per cent as offices in Italy, Spain and the United Kingdom received fewer applications in 2013 than in the previous year.

An estimated 1.17 million patents were issued in 2013, a modest growth of 3.1 per cent, with computer technology, electrical machinery, measurement, digital communication and medical technology leading the pack in terms of published applications.

Meanwhile, the report noted, trademark applications have more than doubled as China registered a massive uptick in trademarking activity – from nearly twice that of the US in 2004 to around four times in 2013. For its part, the total number of trademark registrations issued in 2013 and the previous two years continued to hover around three million, indicating that backlogs of unprocessed applications may be building up in some of the world's larger offices.

“Over the last decade, trademarks relating to the service class that is associated with, among other things, advertising and business management and administration, have continued to be the most sought after,” the WIPO press release continued. “They are followed by those related to the goods class that covers clothing and the one relating to scientific, photographic, measuring instruments, recording equipment, computers and software.”

Compared to other IP filings, industrial designs registered a more anaemic growth at 2.5 per cent, hampered largely by a slowdown in filings in China. Applications containing around 1.24 million designs were filed worldwide while registrations dropped by 3.3 per cent.

Plant varieties, however, reached “a new record,” according to WIPO, with around 15,200 filings worldwide – a 4.7 per cent increase in growth from the previous year. 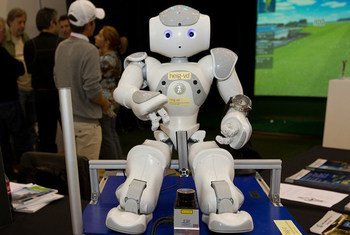