On 5 December 2014, a joint security operation by MONUSCO and FARDC troops was carried out in the locality of Eringeti, following the recent massacres in the Beni territory, North Kivu, Democratic Republic of the Congo (DRC). Photo MONUSCO/Abel Kavanagh
8 December 2014

The top United Nations official in the Democratic Republic of the Congo (DRC) today condemned last night’s massacres committed in North-Kivu “aimed at fuelling terror in the region” and called for immediate actions to eliminate these terrorists.

“I am deeply shocked by the dreadful massacre committed last night in the localities of Ahili and Manzanzanba,” said Mr. Martin Kobler who heads the UN Organization Stabilization Mission in the DRC (MONUSCO).

“I firmly condemn such heinous acts which are aimed at fuelling terror in the region,” he added.

Last night’s attack is the latest in a spate of civilian massacres plaguing the eastern region of the vast country. Some 100 civilians, mostly women and children, were killed on 20 November, bringing the number of victims to more than 200 since mid-October.

Mr. Kobler, who is also the Special Representative of the UN Secretary-General in the DRC, called for Congolese Armed Forces (FARDC) and MONUSCO to join efforts to end the violence and bring the perpetrators to justice.

“Joint actions are a matter of top priority, and I call on all the partners to enhance cooperation in order to facilitate immediate interventions and preventive patrolling,” he insisted. 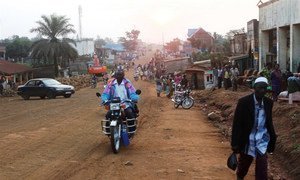