Spiking inter-communal tensions in Kenya have sparked outbursts of violence across the nation, leaving hundreds of people dead in their wake, the United Nations humanitarian relief office reported today.

“Violent conflicts involving pastoralists have become widespread and increasingly severe in the northern Rift Valley and north-eastern regions of Kenya,” the UN Office for the Coordination of Humanitarian Affairs (OCHA) warned in its most recent assessment of the humanitarian situation in Eastern Africa.

“The reasons given for the inter-communal conflicts,” the UN’s relief arm continued, “are revenge attacks, competition over land and water resources, cattle rustling, and struggles over political representation.”

According to OCHA, 310 people had lost their lives, 214 had been injured and 220,177 had fled their homes by the end of October amid a growing number of attacks on civilians and an upsurge in terrorist activity, particularly in areas adjacent to the Kenya-Somalia border, such as Garissa, Lamu, Mandera and Wajir.

“Mandera County has particularly suffered from struggles over political representation and its proximity to both the Somali and Ethiopian borders,” OCHA said.

Most recently, the town of Mandera in Mandera County, has suffered two brutal terrorist attacks committed by extremist Al-Shabaab fighters, resulting in the deaths of almost 60 civilians.

OCHA noted that humanitarian efforts coordinated by local partners were working to deliver food and non-food assistance to those displaced or affected by the clashes but had been hampered in some regions due to poor roads, hilly terrain and high levels of insecurity. 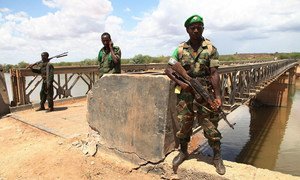 United Nations Secretary-General Ban Ki-moon has condemned a “horrific” terrorist attack in Mandera, Kenya which left over 30 people killed in the second outburst of extremist violence to afflict the East African nation in less than two weeks.