Ending the AIDS epidemic by 2030 requires a comprehensive approach that includes social justice, the democratization of science, gender equity, and a people-centred approach to health, said United Nations Secretary-General Ban Ki-moon on World AIDS Day as he spotlighted the gap in prevention and treatment that persist among regions and people.

In a message on the Day, marked annually on 1 December, Mr. Ban explained that with some 35 million people worldwide living with HIV – 19 million of who do not even know they have the virus – “tremendous” gains made over the years in fighting the virus remain very fragile.

“The legacy of the AIDS response is already apparent as we confront Ebola in West Africa. We know that medical systems alone are not enough to provide robust health care,” Mr. Ban said as events kicked off across the globe to mark World AIDS Day, launched in 1988 as the first-ever global health day.

“[These] are all lessons we have learned in the AIDS response that are being applied across the board, including in our discussions on the post-2015 development agenda,” the UN chief explained, commending the commitment of world leaders to end AIDS epidemic by 2030.

Boosting that momentum, mayors from around the world came together in Paris today to sign a declaration to eradicate AIDS in their cities and commit to the Fast-Track campaign. In signing the Paris Declaration, the mayors vowed to abide by a set of targets to achieve the UNAIDS 90-90-90 targets by 2020.

“We must leave no one behind,” the Secretary-General said referring to regions and people who may not have access to prevention, treatment and support services.

For instance, in Eastern Europe, Central Asia and the Middle East the number of AIDS cases is increasing mostly because of stigma, discrimination and punitive laws.

“Cities all over the world are key players that can fast-track the response in order to ultimately end the AIDS epidemic,” said Anne Hidalgo, Mayor of Paris at the Declaration signing, adding that “our duty is above all a human one.”

During today’s event, UNAIDS released a report on HIV in cities which outlines the important role that urban areas will play in ending the AIDS epidemic by 2030. The Cities Report shows how cities and urban areas are particularly affected by HIV, with the 200 cities most affected by the epidemic estimated to account for more than a quarter of the 35 million people living with HIV around the world. In sub-Saharan Africa, 45 per cent of people living with HIV reside in cities.

“Cities provide read, flexible and creative platforms that can contribute to ending the AIDS epidemic in a pragmatic, balanced and efficient way,” said Joan Clos, Executive Director of UN-Habitat (HABITAT).

The Paris meeting is taking place 20 years after the Paris AIDS Summit, at which world leaders and communities agreed to a set of principles for the greater involvement of people living with HIV.

Today’s commemoration of World AIDS Day also spotlights the fact that worldwide two out of three children who need HIV treatment do not get it. And young women are particularly vulnerable in countries with high HIV prevalence.

The good news, however, is almost 14 million people worldwide are now accessing HIV treatment. New HIV infections have been reduced by 38 per cent since 2001. And some 1.16 million infections have been prevented among new-born babies by providing essential antiretroviral medicines.

The world is also on track to provide antiretroviral therapy to 15 million people by 2015 and to eliminate mother-to-child transmissions within the next few years.

“We have been able, together, to transform tragedy into opportunity…to break the conspiracy of silence…reduce the price of medicine…break the trajectory of the AIDS epidemic…and save millions of lives,” said Michel Sidibé, Executive Director of UNAIDS.

Now it is time to “break the epidemic for good,” he said.

For this to happen, health systems must be strengthened to provide essential services to those who badly need them. Redoubling such efforts will fast-track actions and close the gap people who have access to prevention, treatment, care and support and those who are being left behind.

Mr. Sidibé also reflected how this year’s Ebola outbreak “reminds us of the beginning of the AIDS epidemic.”

“People were hiding and scared. Stigma and discrimination were widespread. There were no medicines and there was little hope,” he remembered. That has changed thanks to global solidarity, social mobilization and the hard work of civil society.

That has changed thanks to global solidarity, social mobilization and the hard work of civil society, Mr. Sidibé added.

As a part of today's worldwide events, the UN World Health Organization (WHO) released new guidelines on providing antiretrovirals (ARVs) as an emergency prevention following HIV exposure, and on the use of the antibiotic co-trimoxazole to prevent HIV-related infections.

The guidelines provide advice on providing ARVs as post-exposure prophylaxis (“PEP”) for people who have been exposed to HIV – such as health workers, sex workers, and survivors of rape.

In 2013, WHO published consolidated guidelines on the use of antiretrovirals that promote earlier, simpler and less toxic interventions to keep people healthier for longer, and to help prevent HIV transmission. A growing number of countries with a high burden of HIV have adopted these guidelines. In 2013, a record 13 million people were able to access life-saving ARVs.

But too many people still lack access to comprehensive HIV treatment and prevention services. The 1 December supplement to the WHO consolidated guidelines on the use of antiretroviral drugs for treating and preventing HIV infection, released in June 2013, aims to help bridge that gap. 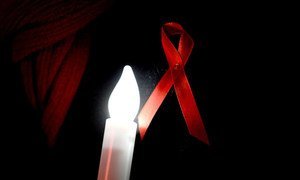