COSE/Artemio Andaya
According to the UN Office for Disaster Risk Reduction (UNISDR), there is strong evidence that older persons suffer disproportionately from disasters even in developed countries.
13 October 2014

Marking International Day for Disaster Reduction, the United Nations is spotlighting the need to address the vulnerabilities facing older persons, who suffer disproportionately high levels of death and injuries in different types of emergencies and disasters, ranging from weather events and epidemics to armed conflict.

“This tragic trend must be reversed though plans, services and support,” said Secretary-General Ban Ki-moon in a statement commemorating the Day, organized by the UN Office for Disaster Risk Reduction (UNISDR), with this year’s theme focusing on “Older persons and disasters.”

“Disaster planning must take account of the reduced mobility experienced by many older persons…[Their] needs should also be taken into account in early warning systems, social protection mechanisms, evacuation and emergency response plans, and public awareness campaigns,” Mr. Ban added, in is message on the Day, marked annually on 13 October.

The problem is even more pronounced in developing countries, where poverty affects some 80 per cent of those over 60. That means older persons frequently live in unsafe housing in high-risk areas and– for economic as well as physical reasons–cannot easily flee from disaster.

UNISDR chief, Margareta Wahlström said: “The older person is often invisible in our communities until they show up in the mortality figures after a disaster event.” 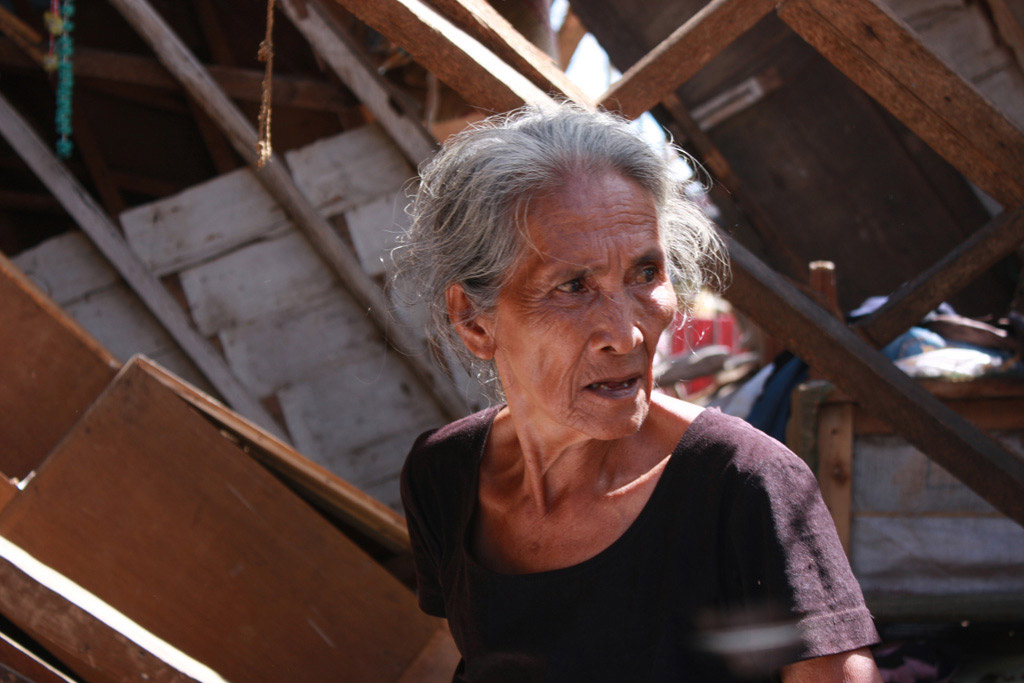 Seventy-seven-year-old Anacleta struggles to subsist in her storm-ravaged home following Typhoon Haiyan, which struck the Philippines in 2013. A UNISDR survey found that older persons are often excluded or marginalised when disaster management plans are being draw up at the community level. Photo: HelpAge International/Rosaleen Cunningham 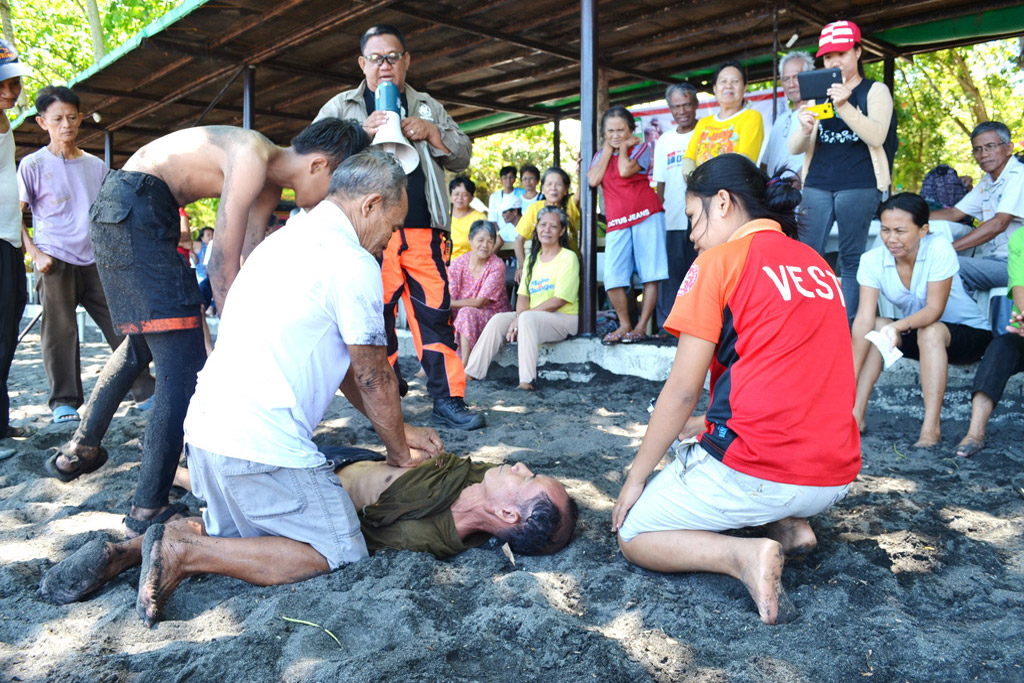 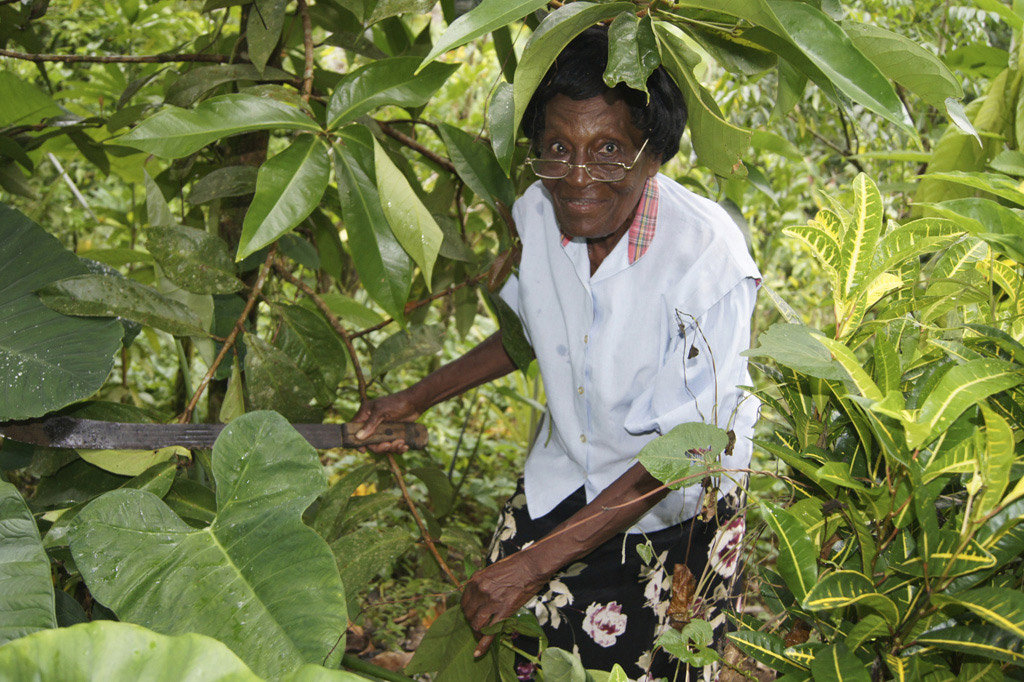 In Jamaica, West Indies, where hurricanes and tropical storms are an annual occurrence, 85-year-old Matilda's farm will be more resilient thanks to training in climate-smart agriculture techniques. Photo: HelpAge International/Jenny Anderson 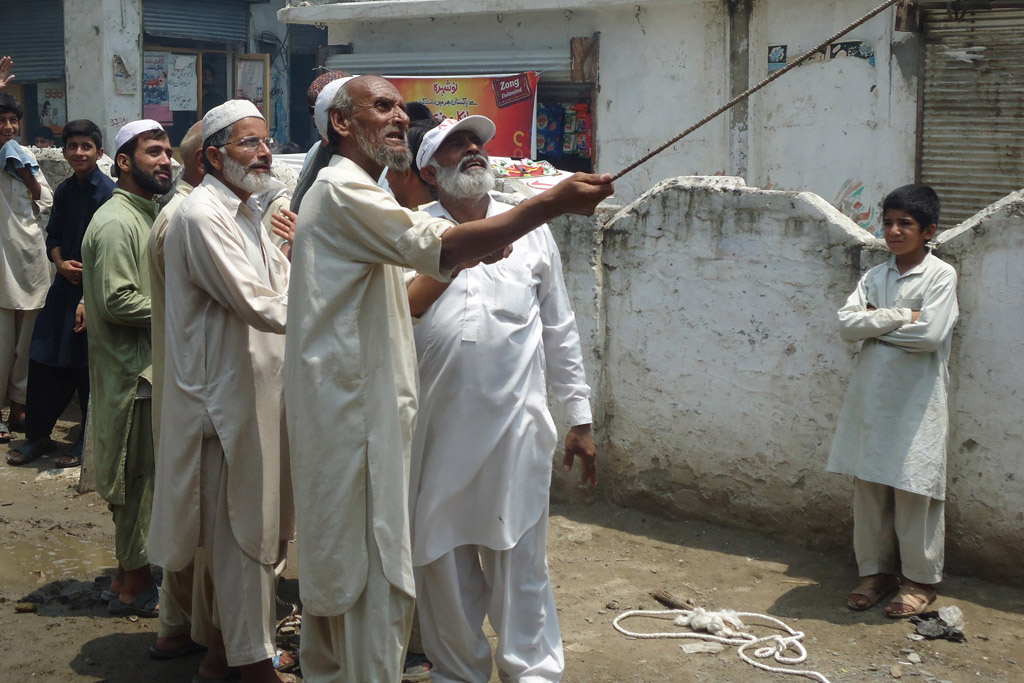 A UNISDR survey found that older persons are often excluded or marginalised when disaster management plans are being draw up at the community level. Asked how they would like to be better included in decision-making on disaster planning, 70 per cent of respondents said they would like to explain the special needs and vulnerabilities of older persons, while 43 per cent said they wish to be given training.

“The world needs to become more acutely aware of how to protect older persons as the climate changes…thousands of people die every year in heat waves and older persons living in poverty are among the most vulnerable,” said Ms. Wahlström.

On this Day, UNISDR in conjunction with HelpAge International is calling on governments to sign up to Charter 14, for Older People in Disaster Risk Reduction and commit to specific inclusion of older persons in all facets of disaster management planning.

The UN World Health Organization (WHO) is joining efforts to draw greater attention to the needs and vulnerabilities of older persons by urging countries to bolster their capacities.

“We’re unfortunately seeing a proliferation of many different types of crises in recent years,” said Rick Brennan, WHO’s Director of Emergency Risk Management and Humanitarian Response in a statement. “Hard experience shows us that older persons aren’t receiving the care and support they require.”

WHO recommends that special planning and sufficient attention for the elderly when natural catastrophes such as typhoons and earthquakes strike, or when violence uproots thousands and even millions, driving older persons from their homes and communities.

Other concrete action includes providing appropriate water-carrying containers, designing latrines in emergency shelters and camps so that they can be safely used by the elderly, such as by including handrails.

Some 22 million displaced by natural disasters in 2013, UN-backed report reveals

A new United Nations-backed report launched today reveals that 22 million people worldwide were displaced in 2013 by disasters sparked largely by earthquakes or climate- and weather-related events – almost three times more than by conflict in the same year.