With Malala Yousafzai by his side, Secretary-General Ban Ki-moon today marked 500 days of action until the deadline to reach the Millennium Development Goals, known worldwide as the “MDGs.”

“Action now will save lives, build a solid foundation for sustainable development far beyond 2015 and help lay the groundwork for lasting peace and human dignity,” the Secretary-General said at a special event at the UN Headquarters in New York.

He was joined by more than 500 young people, including Ms. Yousafzai, who became an education advocate after being attacked by the Taliban on a school bus.

“The ideas and inspiration of young people have been especially critical in this effort and their role must grow even more,” Mr. Ban said, underscoring the progress made in development and the importance of youth involvement in national plans to accomplish even more.

As part of today’s events, “MDG supporters” are expected to speak out about the need to accelerate progress towards reaching the targets. The UN has said that it expects 500 minutes of MDG support today to mark the 500 days left to achieve the targets.

The eight MDGs, agreed by world leaders at UN summit in 2000, are described as a 15-year roadmap to fight poverty, hunger and disease, protect the environment and expand education, basic health and women’s empowerment.

“Against the predictions of cynics, the MDGs have helped unite, inspire and transform,” Mr. Ban noted. He highlighted that poverty has been cut in half, more girls attend school, and fewer people are dying from malaria, tuberculosis and other deadly diseases. 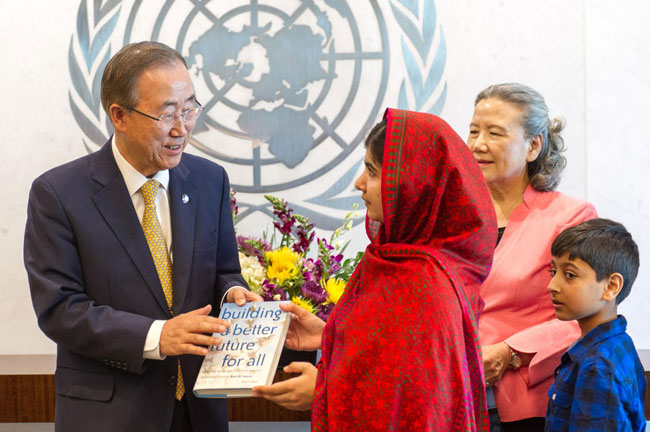 Secretary-General Ban Ki-moon presents a copy his book 'Building a better future for all' to Malala. UN Photo/Mark Garten 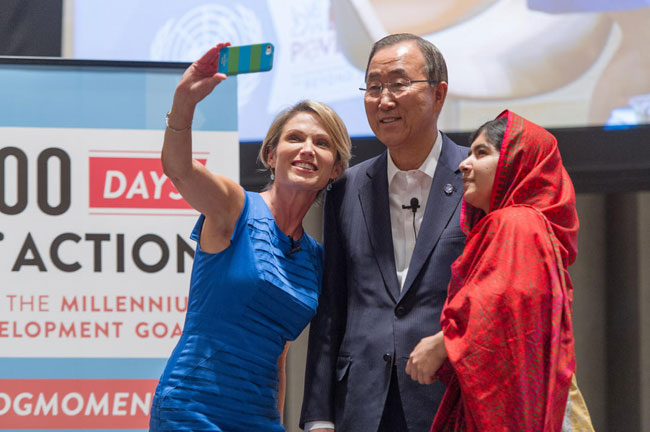 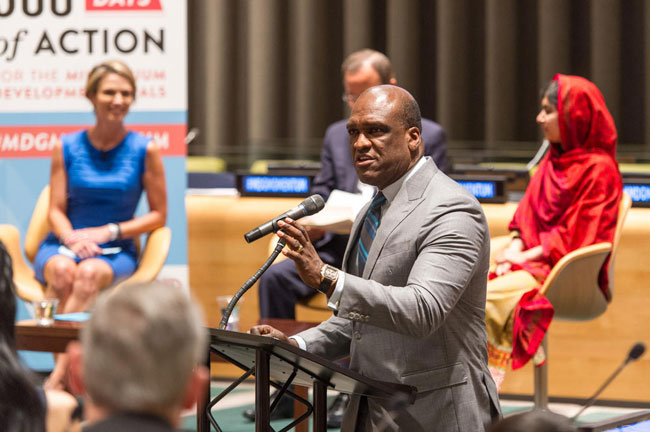 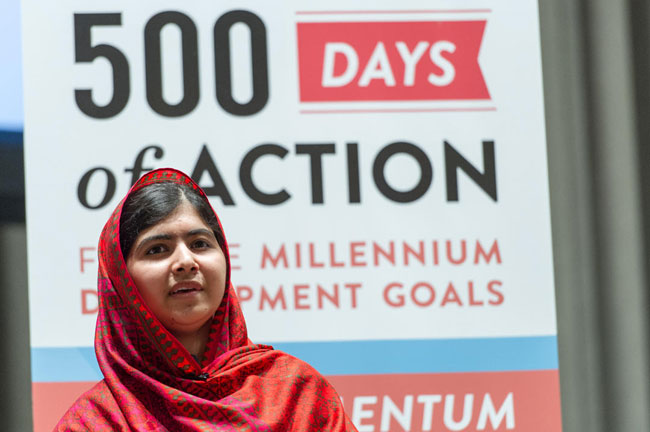 Malala at the special event to mark 500 Days of Action for the Millennium Development Goals (MDGs). UN Photo/Mark Garten 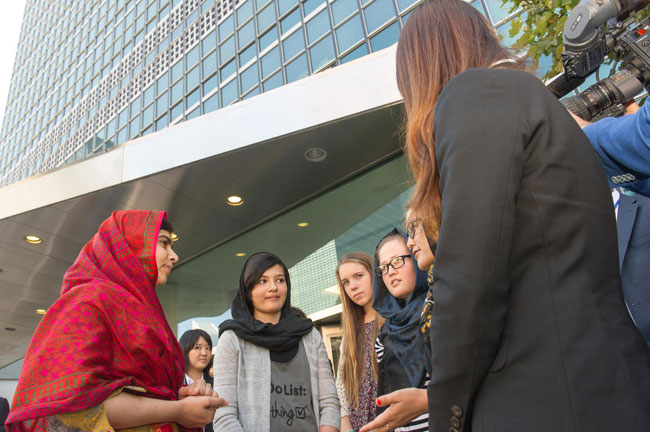 Malala arrives at the United nations and is met by a group of young people. UN Photo/Mark Garten

Inequality remains a challenge, however, as does childbirth, maternal mortality, universal education, and environmental sustainability, according to a report Mr. Ban presented to Member States in July.

“Now is the time for MDG Momentum,” the UN chief stressed, noting that the international community now has many more tools at its disposal than when the targets were created, ranging from the expanding reach of technology to the growing understanding of what works and what does not.

Mr. Ban details four areas where governments can help fuel progress, including in backing social programmes despite budget cuts, and deepening cooperation with civil society, the private sector and other networks.

He also emphasized focusing on the poorest and most vulnerable countries, communities and social groups that have the toughest road to progress despite their best efforts.

In her remarks, Ms. Yousafzai expressed her desire to see every boy and girl to attend school. She stressed how all countries should invest in education, which would cultivate young people’s potential.

She also suggested the need to change the mind-set that women are weaker than men. “Often, women are likely to believe that they are actually somehow ‘less’ than men, just because they have never been told otherwise”. Education, she continued “offers a chance to learn, free yourself, and contribute to positive change.”

“Always believe in yourself. We are all the same and everyone can make a difference,” Ms. Yousafzai concluded in her message of empowerment for all the people around the world.

With the 2015 deadline for achieving the landmark Millennium Development Goals (MDGs) less that 550 days away, Secretary-General Ban Ki-moon today launched the final push towards the United Nations targets – many of which have been met or are within reach – and urged a strong, ambitious successor blueprint “that will leave no one behind.”