UN Photo/E. Debebe
Middelgruden offshore wind farm which was developed off the Danish coast in 2000 and consists of 20 turbines.
17 July 2014

The world does not have to choose between job creation and preserving the environment, the head of the United Nations International Labour Organization (ILO) declared today at the first-ever joint meeting of European Union ministers of the environment and labour.

“The transition to a green economy is only possible with the active engagement of the world of work,” Director-General Guy Ryder said, calling on world leaders to align policies for sustainable development.

More green jobs will lead to a more sustainable footprint in Europe, where currently per capita greenhouse gas emissions are at least three times the admissible level, if the world is to not exceed global warming of 2 degrees Celsius by the end of the century, the ILO said in a news release.

Contributing to challenges is the persistent problem of unemployment throughout the continent, where the 2008 economic crisis caused the loss of nearly 10 million jobs. The ILO forecasts that there will still be 25 million people out of work in 2019. The situation is particularly tough for young job-seekers between the ages of 16 and 25, who often face an unemployment rate of 20 to 30 per cent.

“The poor unemployment forecast is linked to all-time low levels of investment. However, a more deliberate shift to a greener economy could change this dire outlook for jobs and climate change,” Mr. Ryder said.

A shift to a greener economy coupled with the right policies will trigger substantial investment, reduce emissions and generate millions of jobs, he said. According to the ILO, for every percentage point of increased efficiency, between 100,000 and 200,000 jobs are gained. As well, the world market for environmental technologies, led by the field of energy and energy efficiency, would be worth a total of 4.4 billion euros by 2025 and a significant job creator.

Green technology is predominately “in the hands” of small and medium-sized enterprises, Mr. Ryder said, referring to the European Commission’s Green Action Plan for such businesses. These companies along with larger firms are grappling with the problem of finding workers with the right skillset. The EU-supported Build Up Skills initiative estimates that by 2020 up to 4.4 million workers will require training on energy efficiency and renewable energy sources. 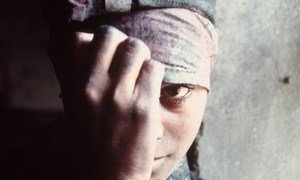