15 July 2014
Senior United Nations officials today called for a greater focus on development activities and alternative crops in countries where the tight grip of drug lords has disrupted peace, security and development, such as in Afghanistan and Myanmar.

“When we take these measures, we do more than fight drugs and crime – we promote progress and peace,” Mr. Ban said in his video message to the event.

The Executive Director of the UN Office on Drugs and Crime (UNODC), Yury Fedotov, stressed the UN agency’s successes in fighting drugs, but also reiterated the need to help communities build jobs and create infrastructure so that farmers could deliver their licit crops to markets.

“Good roads, reliable bridges, and stable environments are as equally important to farmers as crops and market place,” said Mr. Fedotov in his video address to the participants.

UNODC is active in Afghanistan, where opium poppy cultivation hit a record high in 2013, rising by 36 per cent, while production rose by almost half since 2012. In South-east Asia, opium poppy cultivation in the area known as the Golden Triangle, which includes Myanmar, rose for the seventh consecutive year, according to the UN agency.

“Our goal must be to give farmers additional choices, so that they can move away from illicit drugs, and in so doing, live a life based equally on fairness and prosperity,” Mr. Fedotov added.

Some 200,000 people are still victims of drug-related deaths, according to the latest UNODC ‘World Drug Report’. In 2012, between 162 million and 324 million people, corresponding to between 3.5 per cent and 7 per cent of the world population aged 15-64, had used an illicit drug – mainly a substance belonging to the cannabis, opioid, cocaine or amphetamine-type stimulants group – at least once in the previous year, the UN agency reported.

The extent of problem drug use by regular drug users and those with drug use disorders or dependence remains stable, at between 16 million and 39 million people, spotlighting the need to treat drug addiction as a health problem.

He also emphasized the importance of alternative development and tackling the drug problem through an integrated and balanced manner that respects the rule of law and human rights.

Mr. Sajdik also noted the important role played by civil society, including the scientific community and non-governmental organizations to address the challenges, as well as cooperation between relevant UN bodies and entities.

Today’s discussions are being held as the international community works to reach the eight anti-poverty targets known as the Millennium Development Goals (MDGs) by their 2015 deadline and shapes the future sustainable development agenda.

The discussions will also contribute to preparations for the UN General Assembly’s Special Session on the World Drug Problem due to take place in 2016, the UN officials said.

Narcotics supply and demand reduction strategies must work together, report at UN says 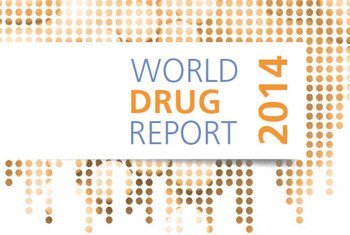 26 June 2014
Global drug use has stabilized, but some 200,000 people are still victims of drug-related deaths, according to the latest World Drug Report from the United Nations Office on Drugs and Crime (UNODC).