12 May 2014
More than three million deaths in 2012 were linked to alcohol with a steady increase in alcohol use among women, the United Nations health agency today reported calling on Governments to do more to prevent alcohol-related deaths and diseases.

The “Global status report on alcohol and health 2014” found that alcohol consumption increases people’s risk of developing more than 200 diseases including liver cirrhosis and some cancers, as well as making people more susceptible to infectious diseases such as tuberculosis and pneumonia.

He added that the report shows “there is no room for complacency” to stop harmful drinking which in addition to dependence, can lead to violence and injuries.

In 2012, about 3.3 million deaths, or 5.9 per cent of all global deaths, were attributable to alcohol consumption, WHO reported.

“We found that worldwide about 16 per cent of drinkers engage in heavy episodic drinking – often referred to as ‘binge-drinking’ – which is the most harmful to health,” explained Shekhar Saxena, Director for Mental Health and Substance Abuse at WHO.

The report based its findings on country profiles for alcohol consumption in 194 WHO member States, as measured by the total volume of alcohol consumed and the pattern of drinking, along with public health and policy responses.

The report found that lower-income groups are more affected by the social and health consequences of alcohol, often lacking quality health care and the protection of functional family or community networks.

The authors also noted that there is concern over the steady increase in alcohol use among women. Women may be more vulnerable to some alcohol-related health conditions compared to men, even though men’s deaths are more highly linked with alcohol than women’s, at 7.6 per cent versus 4 per cent.

Geographically, Europe remains the region with the highest consumption of alcohol per capita, in particular in Russia. The report authors reported increases in drinking in parts of South-East Asia and the Western Pacific regions. Alcohol consumption has remained steady for the past five years in Africa and the Americas, with risky patterns of drinking prevalent in Mexico and southern African countries.

Among the recommendations in the report, WHO called for national leadership to develop policies to reduce alcohol use and national awareness-raising activities, as well as prevention and treatment services.

One of the most effective strategies for reducing consumption of alcohol at the population level was through increasing alcohol prices, usually accomplished by raising alcohol tax. 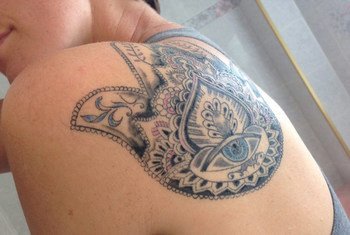 9 April 2014
The United Nations World Health Organization (WHO) has issued its first guidelines for the treatment of hepatitis C, a chronic infection that affects an estimated 130 million to 150 million people, in a bid to help improve access to more effective and safer medicines to those who need them.