When the United Kingdom’s former Foreign Secretary, Sir Geoffrey Howe, was visiting Pakistan during Benazir Bhutto’s term as Prime Minister, his wife asked a little boy what he would like to be when he grew up. “A truck driver, maybe,” mused the child. Surprised at his modest ambitions, Lady Howe persisted: “But surely you would like to go into politics, even become Prime Minister?” Back came the answer, “No, that’s women’s work.”

More women than ever before are being elected to Parliaments around the world. And if the current trend continues, gender parity is achievable in less than a generation.

That’s the positive news from the latest annual review of Women in Parliament released this week at UN headquarters in Geneva by the Inter-Parliamentary Union (IPU), an international organization of parliamentarians, which works closely with the United Nations.

"We actually saw a 1.5 percentage increase globally in Parliaments as a result of elections that took place in 2013. That doesn't sound like a lot, but if you consider that we are now at almost 22 per cent of women in parliaments, if we were to continue with this rate of increase of 1.5 it means that within a generation, actually within 20 years, we should be able to reach globally gender parity in Parliament,” IPU Secretary-General Anders B. Johnsson said. “That is something we never imagined.”

Rwanda led the list of 189 countries surveyed, with its Chamber of Duties recording more than 60 percent women. 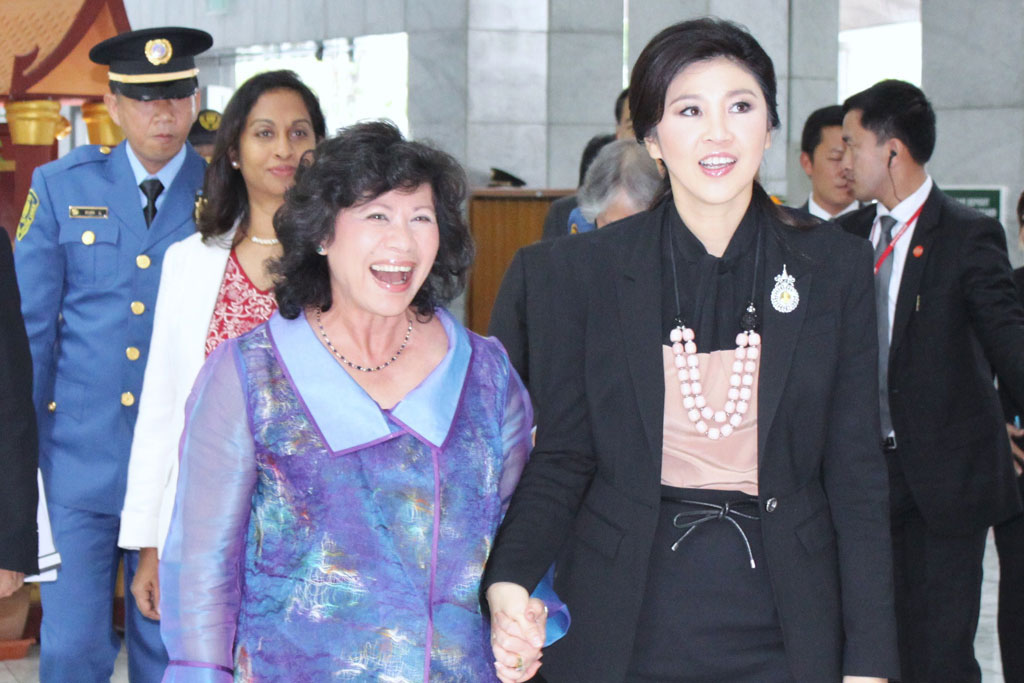 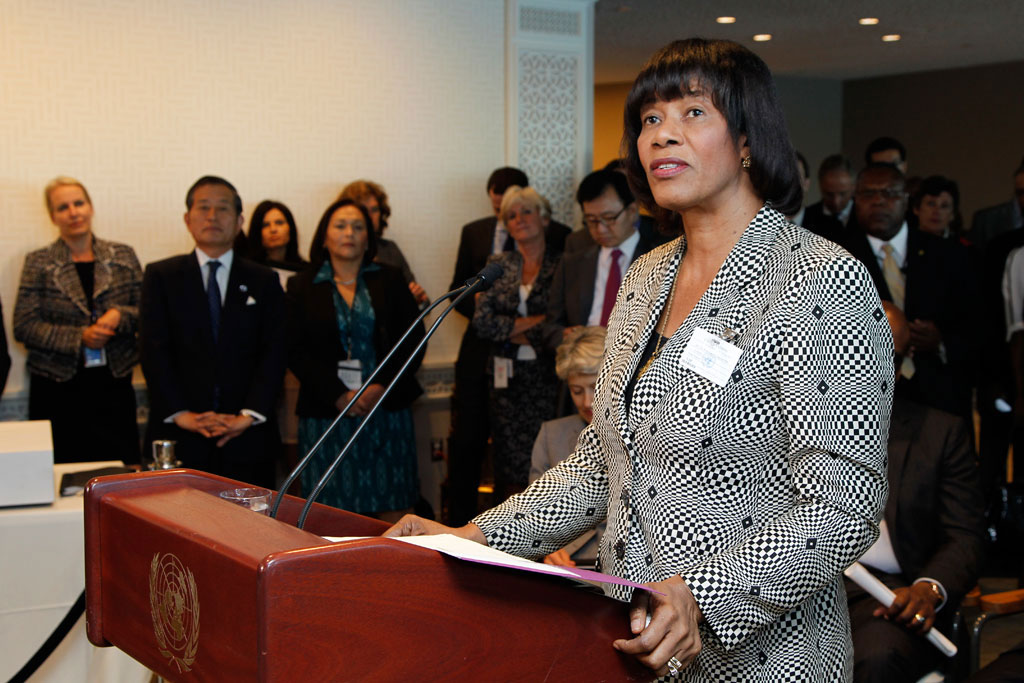 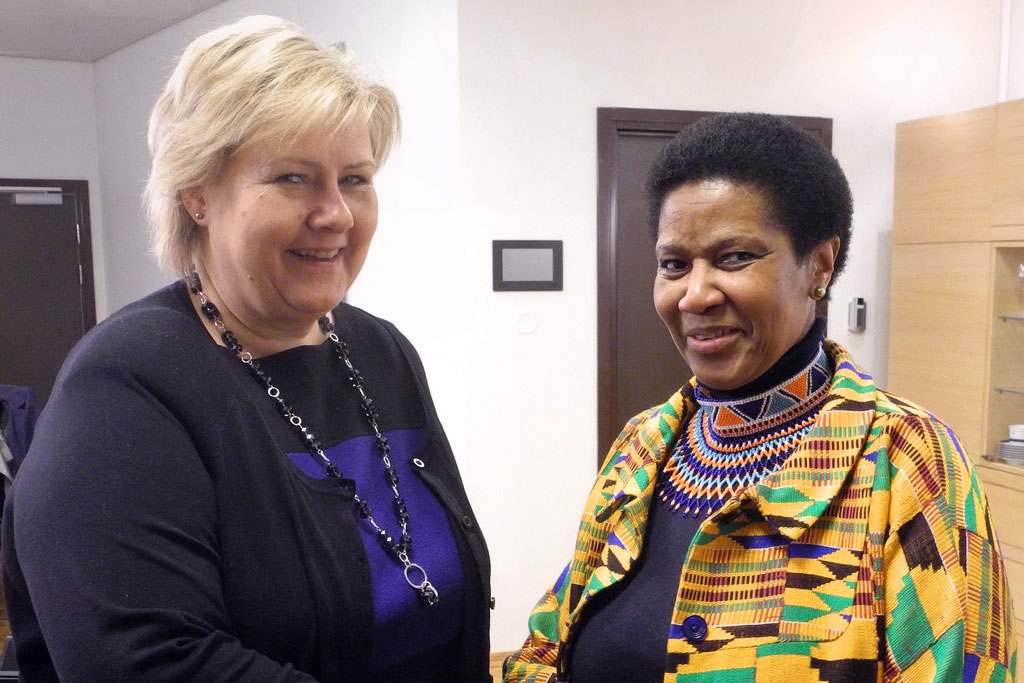 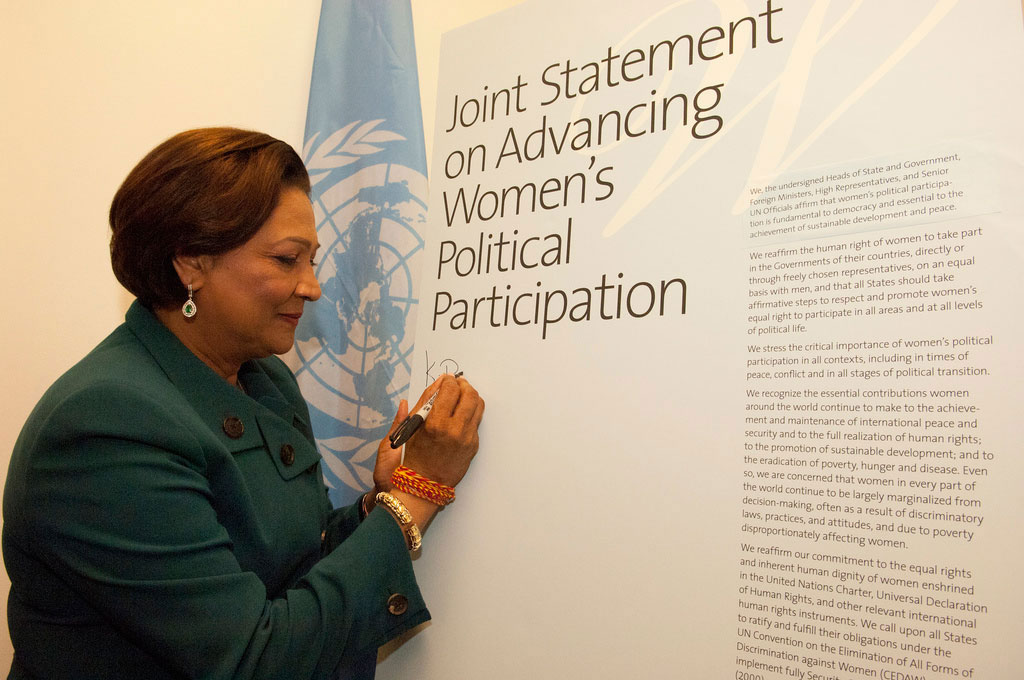 As a region, the Americas – Latin America that is – recorded the highest electoral gain with women in Educador, Grenada and Argentina occupying more than 30 percent in those three countries – a percentage considered a critical mass to effect change.

Thirty-nine countries have reached the “above-30 percent” club. Newcomers to this “30 per cent club” include Austria, Cameroon, Grenada and Zimbabwe (both houses).

But at the same time, a new growing concern has emerged regarding the rise in violence against women candidates running for political office.

“We know more about what is going on around elections. Thanks to social media, we know about negative elections, also more about violence, threats of violence, against women candidates,” Johnsson told reporters at the report’s launch on Tuesday. “There are worrying reports we need to address.”

Despite the barriers, 2013 broke all records for women’s participation in Parliaments worldwide.

The Americas topped the chart in 2013. One out of every 4 MPs is a woman in Latin America.

In Asia and Pacific, virtually no progress was reported. Three countries in the region were keeping percentages up – Australia, New Zealand and Timor Leste, which ranked No. 18 in the world. China recorded a 2 percentage point increase. Nepal, with the highest percentage of women parliamentarians in South Asia came in at just under 30 per cent.

Of the top 10 performing countries globally, four are on the African continent, which recorded a “very, very healthy increase,” Johnsson noted. Almost 20 years ago, women’s participation stood at less than 10 percent, but today that figure is 22.5 percent.

Several factors influence the degree of women’s access to parliament, says the report. Quotas have been one of the main tools used to facilitate women’s access.

A number of sub-Saharan African countries have recently enacted electoral laws that afford women greater access to political party backing and candidate lists, and thus greater representation and political leverage. The number of parliamentary seats occupied by women more than doubled in the lower houses of Cameroon and Zimbabwe.

Quotas must be ambitious, detailed and be implemented to have impact, IPU states -- a sentiment shared by the UN’s top envoy in Liberia, where “with women currently occupying some of Liberia’s most visible posts of influence, it would be easy to assume that women dominate political life.”

Karin Landgren, Special Representative of the Secretary General and Coordinator for UN Operations in Liberia, notes, “Only 13 women sit in Liberia’s 103-member Legislature, where sentiment is lukewarm on initiatives to strengthen women's political participation, such as the institution of quotas. Some women are being told, in effect, to enjoy this while it lasts: these are gains that may be reversed upon Liberia's next presidential elections, to be held in 2017.”

On the occasion of International Women’s Day, UN Women Executive Director Phumzile Mlambo-Ngcuka lauded the “record-breaking” increase by the gains made by women in political life around the world and vowed that her organization will keep fighting gender-based bias.

“The record-breaking increase of women in national parliaments in 2013 is encouraging, but we are still far from equality,” Mrs. Mlambo-Ngcuka told the UN News Center. “Around the world, women are excluded from parliaments by discrimination, violence, party structures, poverty and a lack of finance.”

“Temporary special measures like quotas are working, and UN Women will keep supporting the efforts of women, political parties, Governments and civil society to increase women’s political leadership and participation,” she said.