10 October 2013
Secretary-General Ban Ki-moon today called for enhanced partnership between the United Nations and the Association of Southeast Asian Nations (ASEAN), as the two bodies work together for peace, human rights and sustainable development across the region.

“You have a tremendous opportunity to position the ASEAN region for the 21st century. The United Nations is proud to be your partner, and we value your openness in furthering this partnership,” Mr. Ban told participants at the Fifth ASEAN-UN Summit, held in Brunei Darussalam.

He noted that the partnership between the two bodies is growing “broader and deeper,” and highlighted four areas where it can produce tangible results: regional connectivity; sustainable development; human rights; and peace and security.

ASEAN connectivity in the fields of transport, trade and cross-border movement, he noted, is critical for closer, more efficient relations and to spread prosperity and close development gaps within and among countries.

Mr. Ban said he was pleased that the UN regional commission known as ESCAP has helped ASEAN develop its Regional Connectivity Master Plan. “UN collaboration will continue as you work towards establishing the ASEAN Community in 2015. We also stand ready to support efforts to improve energy security and the improved management of shared resources such as water.”

On sustainable development, the Secretary-General lauded the “impressive progress” ASEAN countries have made towards most of the anti-poverty targets known as the Millennium Development Goals (MDGs), whose deadline is 2015. 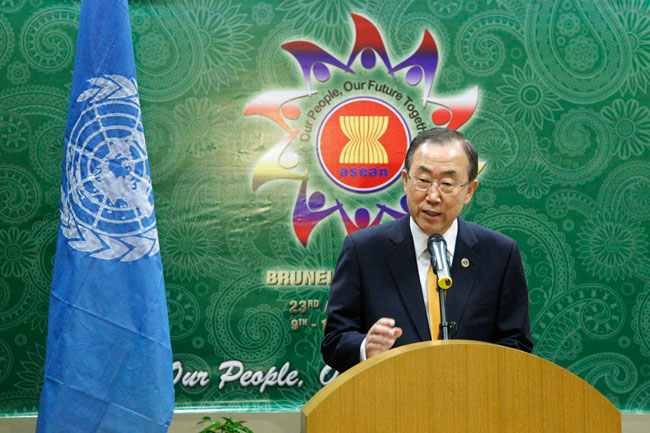 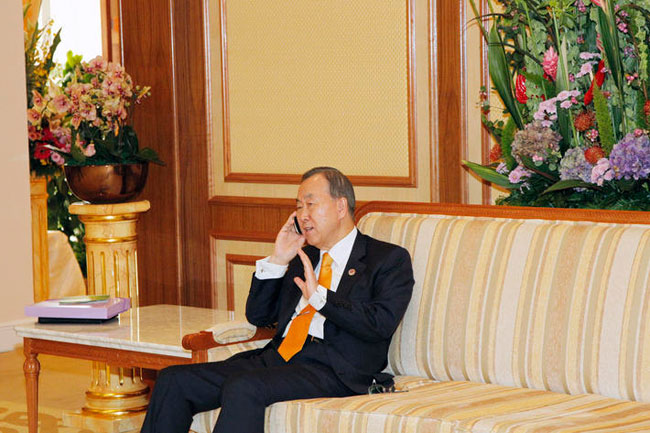 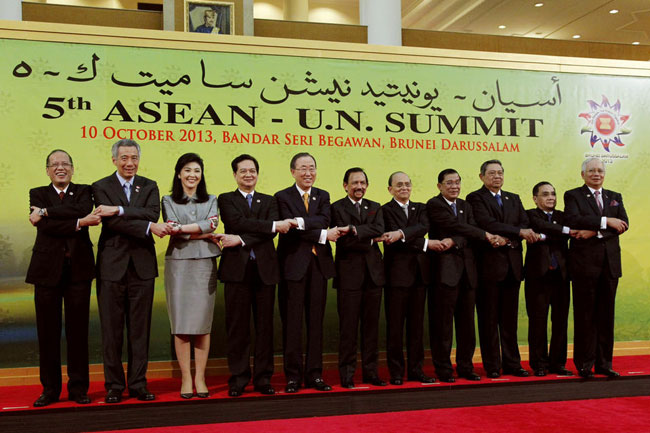 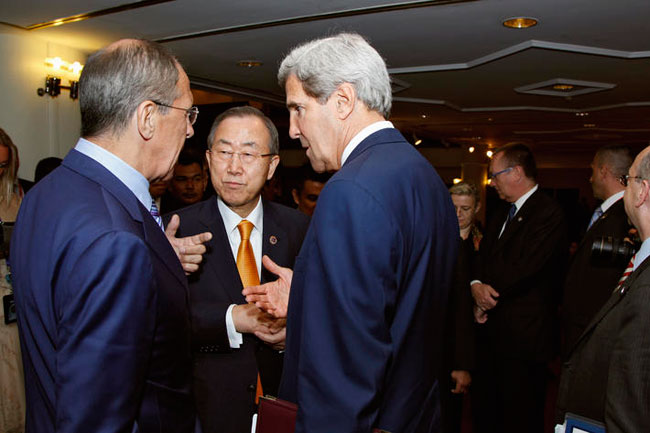 “We will continue to work with you to achieve all the MDGs across the board,” he said. “This is imperative as we work to define a shared vision for the post-2015 period. The United Nations is eager to hear the voices of ASEAN nations and work with you in implementing a bold new sustainable development agenda.

“Poverty eradication must be our priority, and sustainable development our guide and principle.”

Noting that the region is highly vulnerable to weather-related disasters, Mr. Ban pledged continued UN support for disaster management, which he said is one of the most advanced areas of UN-ASEAN collaboration.

“Ultimately, we can only prevent climate disasters by addressing climate change,” he stated, stressing the need to finalize a robust legal agreement on climate change in 2015.

At the same time, the post-2015 development agenda must also be rights-based, with particular emphasis on women, young people and marginalized groups, the Secretary-General said.

“The ASEAN region is one of the most diverse in the world, representing many of the world’s great cultures, faiths and traditions. Peace and sustainable development for all the people of the region depend on harmonious relations among communities and nations.

“We must avoid the divisive effects of rising inequality, which often evolve along ethnic or religious lines. The UN stands ready to work with all of you to promote human rights for stability and development.”

Other areas of collaboration include peacekeeping, as well as the fight against corruption, transnational organised crime, terrorism and other non-traditional security threats, he added.

On broader issues, the Secretary-General applauded the various efforts to resolve tensions and conflicts in the region, noting for example that the border between Cambodia and Thailand has been calm.

In addition, the Thai Government has initiated peace dialogue with one of the southern insurgent groups, facilitated by Malaysia, and the Government of the Philippines and the Moro Islamic Liberation Front are now moving towards a comprehensive peace agreement.

Myanmar, Mr. Ban added, has been going through an “unprecedented” reform process. However, he remained concerned about ongoing communal violence, and urged the Government and all communities to address all contributing factors. “The reform process in Myanmar can only succeed fully if all groups in the country feel safe and part of the whole, secure in the realization of their human rights.”

On the margins of the summit, Mr. Ban met separately with several leaders, including those from Indonesia, Thailand and Cambodia, discussing issues such as Syria, sustainable development and peacekeeping.

Only multilateral cooperation can solve challenges of present age – Annan 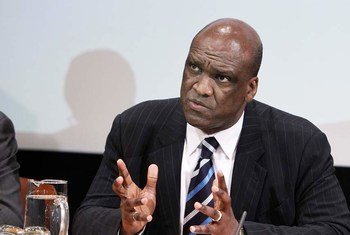 26 September 2013
The President of the General Assembly today lauded the partnership between the United Nations and the Association of Southeast Asian Nations (ASEAN), adding that the regional bloc has much to offer from its experiences to the rest of the world.