The United Nations and its diplomatic partners in the search for peace in the Middle East today reaffirmed their determination to provide maximum support to the Israelis and the Palestinians as they resume talks aimed at reaching a comprehensive peace.

The Middle East Quartet – the diplomatic grouping bringing together the UN, the European Union, Russia and the United States – met at UN Headquarters in New York on the margins of the annual high-level debate of the General Assembly.

The meeting is the first time in one and a half years that the members of the Quartet have met at the level of principals and it follows the most recent round of direct talks between the Israelis and the Palestinians held last month.

“The Quartet reaffirmed its determination to lend effective support to the efforts of the parties and their shared commitment to reach a permanent status agreement within the agreed goal of nine months,” the group said in a statement.

It commended the leadership of Israeli Prime Minister Benjamin Netanyahu and Palestinian President Mahmoud Abbas and their commitment to remaining engaged in sustained and continuous negotiations to address all of the core issues.

“The Quartet called on all parties to take every possible step to promote conditions conducive to the success of the negotiating process and to refrain from actions that undermine trust or prejudge final status issues.” 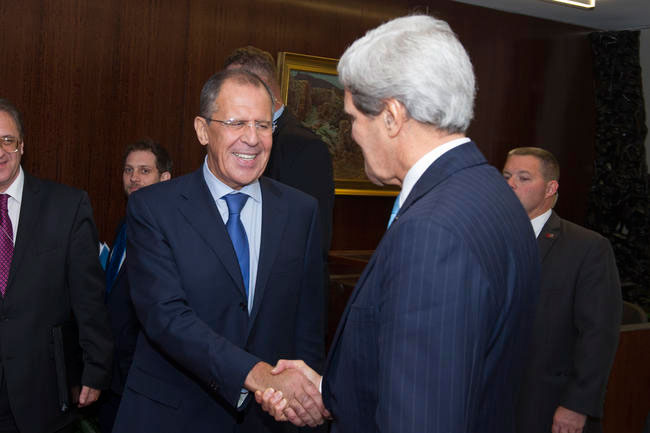 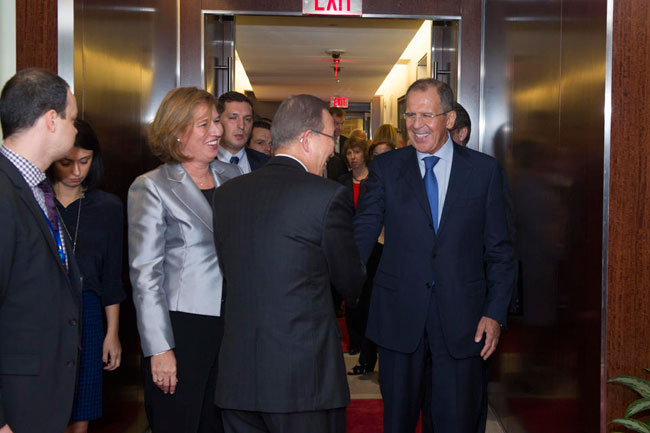 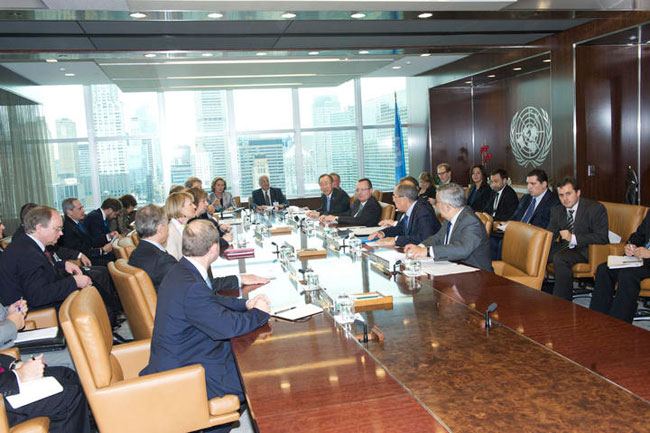 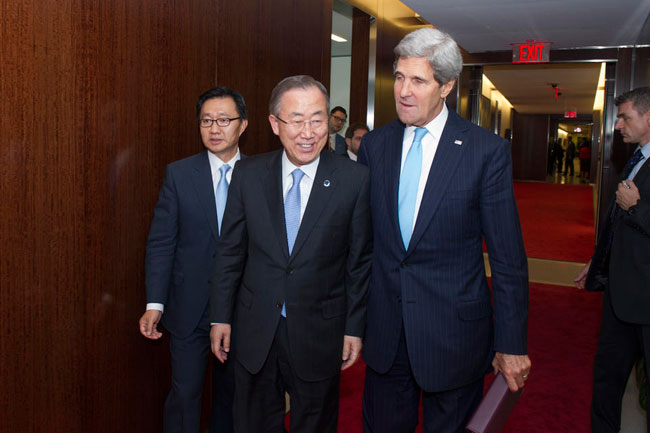 During the meeting, the Quartet received an update from US Secretary of State John Kerry on the progress in the talks since talks resumed on 29 July, as well as a joint briefing on the negotiations by the chief negotiators from both sides.

The group also discussed efforts to boost support to the Palestinian economy, as well as the humanitarian situation in Gaza and the importance of both sides demonstrating a commitment to improving the atmosphere for the negotiations.

The other principals participating in the meeting were UN Secretary-General Ban Ki-Moon, Russian Foreign Minister Sergey Lavrov and High Representative for Common Foreign and Security Policy of the European Union Catherine Ashton. 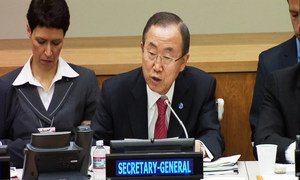 Lauding recent progress, Ban urges Israelis and Palestinians to forge ahead towards peace

Secretary-General Ban Ki-moon today stressed the need for Israeli and Palestinian leaders to build on recent progress and for the international community to assist them in forging a way forward in the peace process.