Countries attending the first ministerial meeting held at the United Nations on the rights of lesbian, gay, bisexual and transgender (LGBT) individuals today reaffirmed their commitment to work together to combat discrimination and protect the rights of all human beings regardless of their sexual orientation or gender identity.

Foreign ministers attending the meeting, held on the margins of the General Assembly’s annual high-level debate, adopted a declaration pledging not just to protect LGBT rights but also to counter homophobic and transphobic attitudes in society at large, including through public education campaigns.

UN High Commissioner for Human Rights Navi Pillay commended their resolve to act, but stressed many more challenges remain on this issue.

“Over the past decade, many countries have embarked on historic reforms – strengthening anti-discrimination laws, combating hate crime against LGBT people and sensitizing public opinion. But in spite of advances, very serious challenges remain,” she said.

“In some places, things seem to be getting worse, not better. As you know, regressive new laws have been proposed or adopted in several Eastern European and African countries in the past year alone […] We must, all of us, look for new ways to talk about this issue with governments – especially those that are reluctant to do so.”

More than 76 countries still criminalize consensual adult same-sex relationships, while in many more countries discrimination against LGBT people is widespread – including in the workplace and in the education and health sectors. 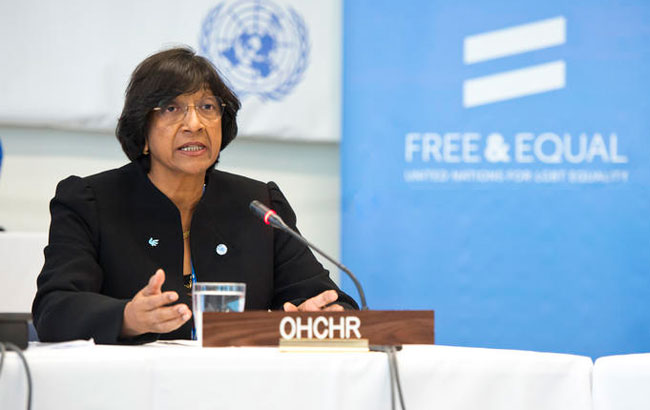 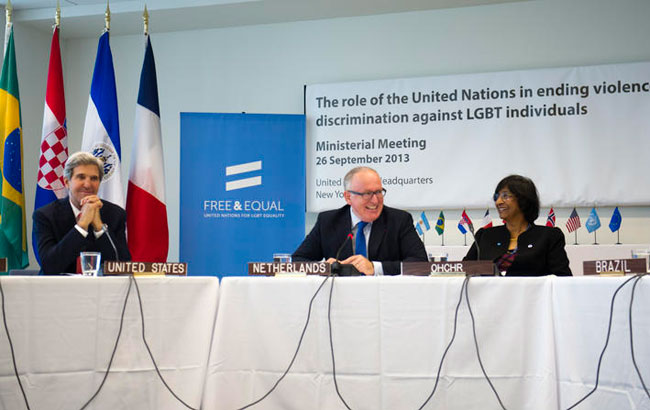 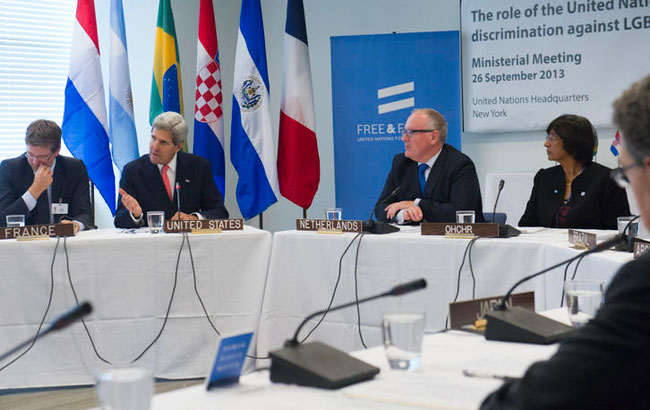 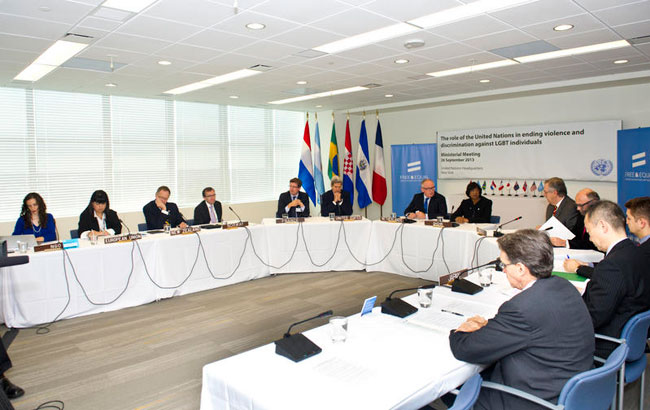 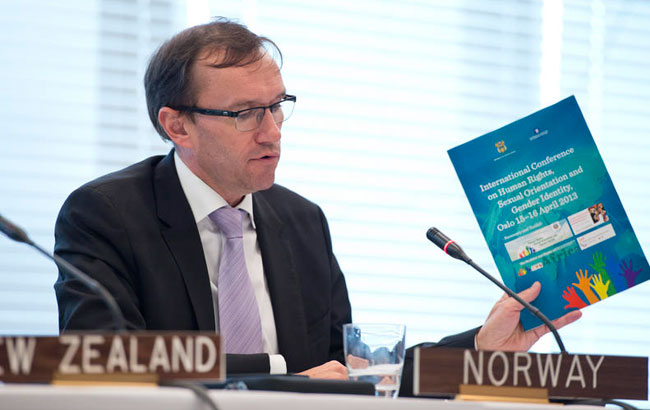 Participants at the Ministerial meeting on the Role of the United Nations in Ending Violence and Discrimination against lesbian, gay, bisexual and transgender (LGBT). UN Photo/Amanda Voisard

A study carried out by the Office of the High Commissioner for Human Rights (OHCHR) drew on almost two decades worth of work by UN human rights mechanisms and found a “deeply disturbing pattern of violence and discriminatory laws and practices” affecting people on the basis of their sexual orientation and gender identity.

Ms. Pillay noted that it is not just LGBT people who face discrimination but also rights defenders speaking on LGBT issues who in many countries are routinely the victims of violence, intimidation and police harassment and risk prosecution and sometimes legal sanctions.

The High Commissioner also spoke about the resistance she sometimes meets when she raises the need for measures to protect the rights of LGBT people with government representatives.

“They say that same-sex relationships and transgender identities go against their culture, religious beliefs or traditional values. My answer is that human rights are universal,” she said.

“Our campaign on behalf of marginalized communities will meet resistance, even opposition. We must not be discouraged. We must stay engaged. Let us keep voicing our concerns, let us keep finding new allies, sharing good practice and standing fast alongside local human rights defenders on the front lines of this struggle.”

Those present at the meeting included the United States Secretary of State, the foreign ministers of Argentina, Brazil, Croatia, the Netherlands and Norway, the French minister for development cooperation and senior officials from Japan, New Zealand and the European Union, as well as the executive directors of Human Rights Watch and the International Gay and Lesbian Human Rights Commission.