25 September 2013
Secretary-General Ban Ki-moon today encouraged small island developing nations to make the best use of both traditional channels of communication and new media to highlight the issues they face as well as to raise the profile of a conference next year aimed at addressing them.

The conference – to be held from 1 to 4 September in Apia, Samoa – will focus global attention on a group of countries that remain a special case for sustainable development in view of their unique and particular vulnerabilities.

It will also serve as an important opportunity to galvanize partnerships for action on sustainable development in small island developing States, or SIDS, including on issues such as climate change, oceans, waste, sustainable tourism, and disaster risk reduction.

“We need to bring more attention to the problems that SIDS face,” Mr. Ban said at a high-level breakfast meeting to raise the visibility of the 2014 Third International Conference on Small Island Developing States.

“Many of your countries are isolated. Your markets are too small to realize economies of scale. All small island developing States are exposed to high risks from environmental threats, especially climate change,” he noted.

Mr. Ban told the gathering, held on the margins of the annual high-level debate of the General Assembly, that the 1994 Conference on SIDS, held in Barbados, “did not attract much international attention.” 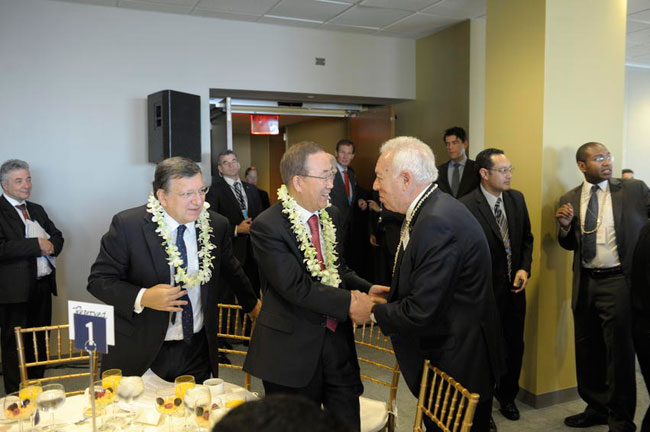 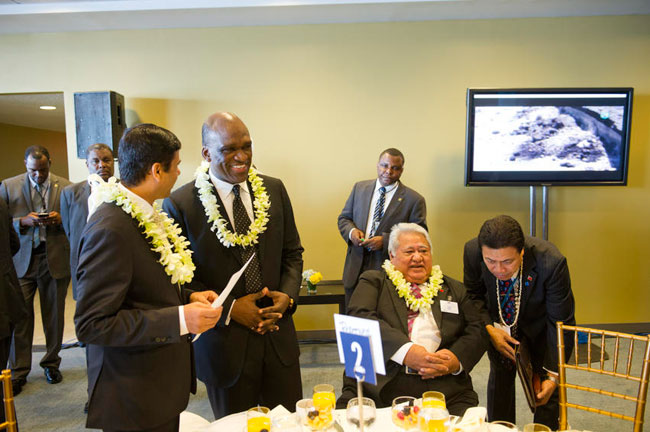 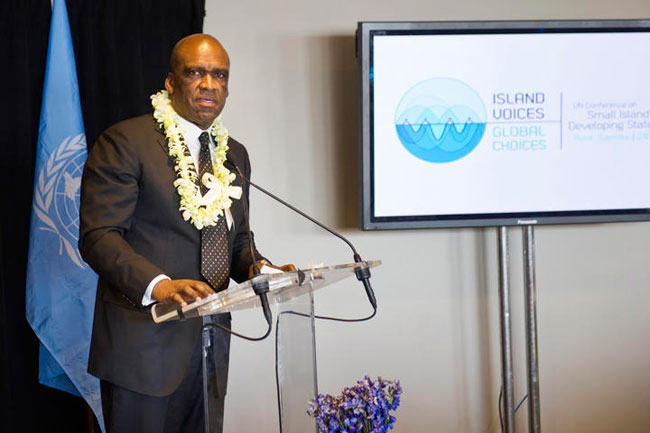 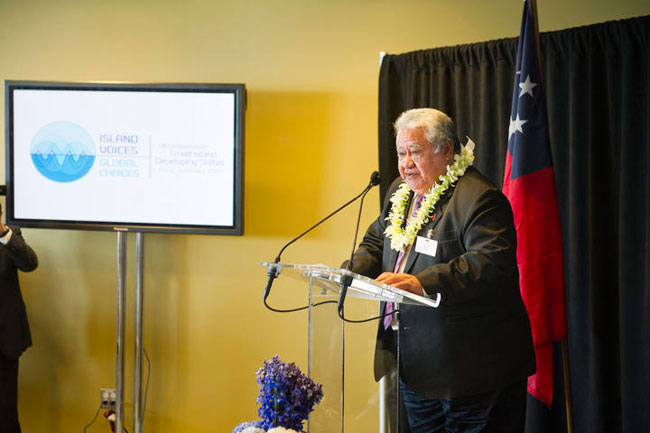 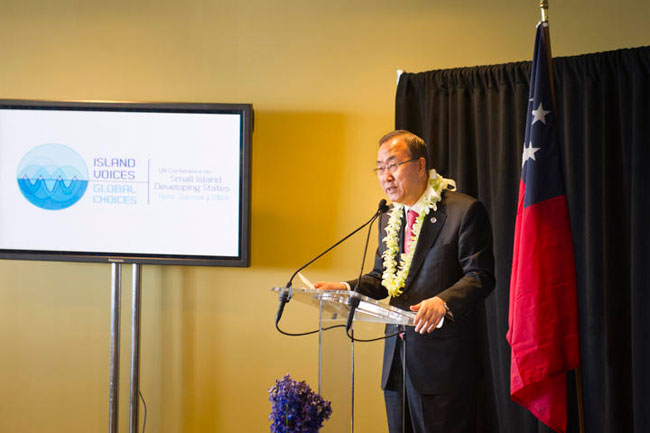 Participants at the high-level breakfast meeting to raise the visibility of the 2014 Third International Conference on Small Island Development States. UN Photo/Mark Garten

But that could change, he added, noting that climate change is now “a household term,” and there are a host of actors engaging on this issue, which is so vital to the small island nations. Also, the communications revolution has provided many more tools for raising awareness than there were two decades ago.

“In 1994, we invited journalists to cover the Barbados Conference hoping they would tell the story to the world,” said Mr. Ban. “In 2014, every participant can use social media to tell the story.

“Of course we will still welcome the media with open arms, but this time around we can harness the power of Facebook, Twitter, Weibo and other networks,” he said, noting that the UN’s own Twitter account has nearly 2 million followers, including many influential people.

“We will put all of our public information tools at your disposal: social media, radio, video and more,” the Secretary-General pledged.

Preparations are already underway for the conference, which is expected to result in actions that could be taken by all countries to accelerate implementation of the outcome of the two previous conferences on small island developing States, in Barbados in 1994, and Mauritius in 2005.

Mr. Ban noted that there are so many different people and groups with an interest in SIDS, and so many ways to spread the word about the issues important to these countries. “I am confident we can raise the visibility of the 2014 Conference and make it a great success.”

General Assembly President John Ashe told the event that although vulnerability has long been associated with SIDS, “these countries are not helpless or hopeless.”

“The SIDS conference presents a distinct occasion to address resilience as an opportunity for creativity, innovation and firm commitment from the international community to support the legitimate aspirations of this unique group of countries,” stated Mr. Ashe, who is from Antigua and Barbuda.

He highlighted several priority areas for SIDS where partnerships would be useful, including climate change, energy, oceans and seas, waste management, and sustainable tourism, while adding that these partnerships must be based on mutual trust, equality, respect and accountability.

“Much of what you ask for of these partnerships – national ownership, political will, long-term and predictable commitments – mimics what is needed in the larger development landscape.” 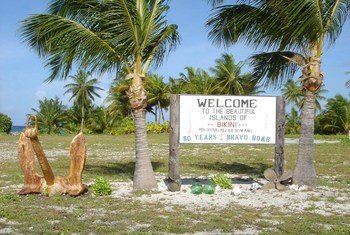 19 June 2013
With thousands of people in the Marshall Islands without access to safe drinking water, the head of the United Nations office for disaster risk reduction today warned that Pacific small islands are threatened by drought and need to incorporate mitigation measures into their national planning and risk assessments.