If adopted, the law would be in contravention to the provisions of the international drug control treaties, in particular the 1961 Single Convention on Narcotic Drugs, to which Uruguay is a party.

According to the International Narcotics Control Board (INCB), the law would also have serious consequences for the health and welfare of the population and for the prevention of cannabis abuse among the youth.

The INCB urged the Uruguayan authorities to ensure that the country remains fully compliant with international law which limits the use of narcotic drugs, including cannabis, exclusively to medical and scientific purposes.

Based in Vienna, the INCB is an independent and quasi-judicial monitoring body mandated to implement UN international drug control conventions.

“In line with its mandate, INCB has always aimed at maintaining a dialogue with the Government of Uruguay on this issue, including proposing a mission to the country at the highest-level,” the Board said in a news release, calling on the Uruguayan authorities to carefully consider all possible repercussions before taking a decision.

It also expressed regret that the Government refused to receive an INCB mission before the draft law was submitted to Parliament for deliberation.

The UN Office on Drugs and Crime (UNODC) also expressed concern over the proposed legislation and said it would continue to follow developments in Uruguay very closely.

While he acknowledged that there are challenges that need to be addressed, he stressed that dialogue is need on how to stop drug traffickers and protect the health and welfare of people. “But this dialogue should be conducted on the basis of the agreed conventions, in line with international law.”

He noted that next year, the Commission on Narcotic Drugs will hold a high-level review of Member States’ implementation of the Political Declaration and Plan of Action on the world drug problem and said this would be an opportunity for countries to pursue a coherent approach to drug trafficking. 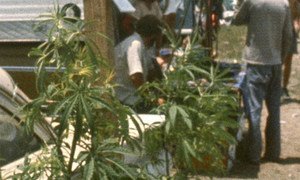 Implementing the decisions of popular votes held in the United States in Colorado and Washington to allow for the recreational use of cannabis would be a violation of international laws, the United Nations body tasked with monitoring the production and consumption of narcotics worldwide said today.