“It needs to offer better protection against refoulement [the forced return of a person to a country where his or her life or freedom would be threatened] and to improve the fairness and efficiency of the hearings process,” Melissa Fleming, spokesperson for the UN High Commissioner for Refugees (UNHCR), told reporters in Geneva.

“As a result of these concerns, the UN High Commissioner for Refugees is advising other States not to return asylum-seekers to Ukraine at this time.”

The report covers access to the country’s asylum system, refugee status determination and the treatment of unaccompanied minors, and how people of concern are received, housed or detained in Ukraine.

“UNHCR believes Ukraine has made progress in several areas, including access to asylum procedures and the reception of unaccompanied and separated children,” said Ms. Fleming. “Basic improvements are still needed, though, in guaranteeing effective protection against asylum-seekers being sent back to the countries from which they fled.”

There is also a need to create conditions for the transparent and fair review of asylum applications, Ms. Fleming noted. “Adequate reception capacity and resources for asylum-seekers are still lacking, and access to, and conditions in, the country’s two temporary accommodation centres remain below established standards.”

The report makes specific recommendations on how to strengthen Ukraine’s relatively new asylum system, and UNHCR said it remains ready to work with the Government to implement them.

The agency has already prepared draft amendments on documentation, medical care and employment for asylum-seekers. Draft amendments on detention – designed to bring Ukraine’s laws in line with European standards – are already before parliament.

The country has declared its intention to synchronize its asylum policy and laws with international practices as well as in the context of its negotiations with the European Union on visa liberalization.

The UNHCR review of Ukraine’s asylum system is a part of a series of studies of asylum systems in Europe, including those in Hungary and Serbia.

UN agency concerned over detention of Syrian refugees in Egypt 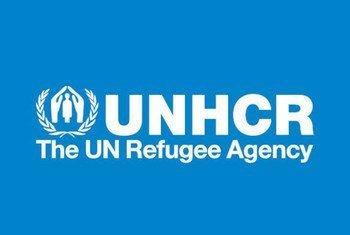 UN refugee agency concerned over treatment of asylum-seekers in Ukraine

1 February 2012
The United Nations refugee agency has voiced concern over the plight of asylum-seekers, including some minors, held in two detention centres in Ukraine, where more than 100 people are reportedly challenging their detention or have complained that they were denied the right to apply for asylum.