UNHCR/Y. Mechitov
Tens of thousands of people are living in precarious conditions after fleeing the crisis in the breakaway Georgian region of South Ossetia.
17 June 2013

A United Nations independent expert today praised Georgia for its commitment to improve the living conditions for internally displaced persons (IDPs) and stressed that the country must continue making advancements to ensure they can live in safety and dignity.

“New opportunities now exist for taking an inclusive integrated approach for all waves of IDPs, in the country,” said the Special Rapporteur on the human rights of IDPs, Chaloka Beyani, who just finished a five-day visit to the country.

Thousands of people were displaced in the early 1990s as a result of conflict in Abkhazia and South Ossetia. Renewed conflict between Georgia and Russia in 2008 caused another wave of displacement.

Mr. Beyani pointed to new measures that could be implemented in the country in accordance with international standards such as: the proposed revised legislation on IDPs, the realignment of the 2007 strategy on IDPs with the proposed law, the onset of a new registration exercise for all IDPs that profiles their vulnerability and needs, and inclusive policies in the fields of health, land, agriculture, education, and employment generating activities.

“I am assured by the commitment of the Government to ensuring that these new policies will target IDPs in improving livelihoods and combating vulnerability in the country, including that of IDPs with disabilities,” he said.

The Special Rapporteur encouraged the Government to share information relating to these initiatives and other measures with IDPs, international partners, and civil society, and to consult with IDPs and enable their participation in decisions affecting them.

“This is of utmost importance in establishing conditions and means for achieving durable solutions for IDPs in safety and dignity, based on their informed and voluntary choice of durable solutions.”

Mr. Beyani stressed that ensuring the right to land and property, particularly for displaced women, is urgent and encouraged authorities to address equal housing, land and property rights for them.

He also noted that progress on this issue is still being hampered by political deadlock, and called upon all parties to reach a political solution. Currently, and administrative boundary line still prevents IDPs in South Ossetia from moving freely and pursuing their own livelihoods, he said.

During his visit, Mr. Beyani met with senior Government officials and visited collective centres and settlements in the region of Western Georgia, including Shida Kartli and Poti, and held meetings with IDPs. However, he was not able to visit the South Ossetia region.

Independent experts, or special rapporteurs, are appointed by the Geneva-based UN Human Rights Council to examine and report back, in an unpaid capacity, on specific human rights themes. Mr. Beyani is scheduled to present his conclusions and recommendations to the Council in June 2014. 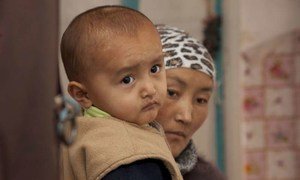 The United Nations refugee agency today welcomed Georgia’s accession to a landmark global treaty that aims to protect the estimated 12 million people worldwide who are stateless – displaced persons with no citizenship status with any country.