6 May 2013
The United Nations human rights chief today welcomed the birth of a new mechanism which will empower individuals to seek out justice when their rights to food, adequate housing, education or health are violated.

The new measure, which came into force on 5 May, is known as the Optional Protocol to the International Covenant on Economic, Social and Cultural Rights. It will allow individuals or groups to file a complaint with the UN if their rights are infringed by a Member State that is party to the Protocol, lifting these rights to equal standing with all other human rights protected within the panoply of international law.

In a statement celebrating the occasion as “a major advance,” UN High Commissioner for Human Rights, Navi Pillay, voiced hope that the Protocol would finally fill a long-time gap in international law.

“Egregious violations of economic, social and cultural rights are occurring, often unnoticed, on a daily basis, which in the area of civil and political rights would have been immediately condemned,” said Ms. Pillay in a news release.

“This Protocol will help to address this imbalance.”

According to the Protocol, citizens of signatory nations will be permitted to appeal to the UN’s Committee on Economic, Social and Cultural Rights on specific rights-related cases after they have exhausted all attempts to find justice in their respective countries.

In addition, the Protocol grants the Committee authorization to conduct inquiries if it receives reliable information indicating “grave or systematic violations by a State party of any of the rights covered by the Covenant,” the statement read.

“I am confident that these mechanisms will make it possible for the Committee to assist States and other stakeholders to get to the root causes of violations of economic, social and cultural rights,” the High Commissioner continued.

Ms. Pillay welcomed Uruguay’s signing back in February and urged other States among the 160 that are already party to the Covenant to ratify the Optional Protocol as soon as possible.

“The Protocol makes a strong and unequivocal statement about the equal value and importance of all human rights and the need for strengthened legal protection of economic, social and cultural rights in particular,” Ms. Pillay stated. 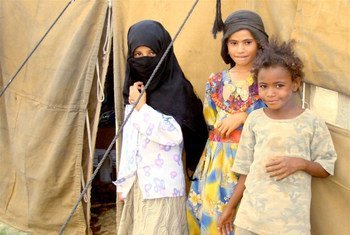 6 February 2013
The United Nations has applauded the upcoming availability of a new human rights instrument which, for the first time, will allow victims to file complaints at the international level about violations of their economic, social and cultural rights, placing those rights on equal footing with all other human rights.