“The campaign will encourage tourists to make informed decisions and help reduce demand for trafficking in persons, cultural artefacts, wildlife, fauna and flora such as ivory products, as well as counterfeit goods, and illicit drugs,” according to a press release from the World Tourism Organization (UNWTO) and the United Nations Office on Drugs and Crime (UNODC).

To be launched later this year, the campaign was officially agreed to today by UNWTO Secretary General Taleb Rifai and UNODC Executive Director Yury Fedotov, in the presence of Secretary-General Ban Ki-moon.

“Well-informed tourists can make a real difference in turning the tide,” the Secretary-General said.

The campaign will be built around the message that the demand for even harmless products can have devastating effects on the lives of innocent people, on wildlife or on cultural property.

“Although the infrastructure of tourism – from accommodation establishments to transportation networks – can be misused by traffickers to victimize the vulnerable, tourism has the potential and is firmly committed to reclaim this same infrastructure and use it in the fight against trafficking,” said Mr. Rifai.

According to Mr. Fedotov, “By making informed choices, tourists can help sever the financial arteries that fuel these forms of illicit trade.”

The campaign will seek to engage the tourism industry including hotel chains, travel agencies and airlines to lend support in raising awareness among tourists and help contribute to limiting these illicit markets. 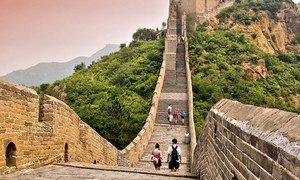 Thanks to rapid urbanization and rising disposable incomes in their country, Chinese tourists spent $102 billion during their travels in 2012, more than any other nationality, making the Asian nation the world’s number one tourism source market, the United Nations said today.