14 February 2013
Fake drugs are a multi-billion dollar business attracting organized crime, the United Nations Office on Drugs and Crime (UNODC) said at the opening today of a conference to stop the illegal trade.

“Fraudulent medicines have proven to be harmful and at times fatal, as well as an increasingly lucrative area for organized criminal networks,” the agency said in a press release.

In parts of Asia, Africa and Latin America, fraudulent medicines are thought to amount to as much as 30 per cent of the market, according to UNODC figures.

UNODC Executive Director Yury Fedotov said that fraudulent medicines are a three-pronged concern “in terms of health threats, development challenges, and the role of organized crime on a transnational scale.”

He highlighted the importance of the UN Convention against Transnational Organized Crime. In force since 2003, the Convention and its protocols contain elements of current international laws on human trafficking, arms trafficking and money laundering.

“The Convention provides for the exchange of information, the application of investigative powers, and information-sharing that is often invaluable in these types of criminal operations,” Mr. Fedotov told conference participants.

In addition to the Convention, UNODC created the Global Programme on Money Laundering, and the Container Control Programme, in coordination with the World Customs Organization, to help national authorities with the detection of narcotics.

“With over 30 Joint Port Control Units around the world, the programme is making an important contribution in helping national authorities increase the detection and identification of illicit products,” UNODC said. 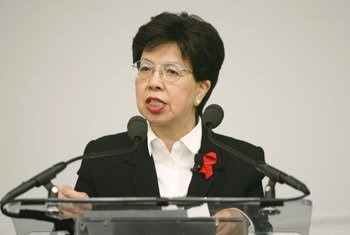 21 January 2013
International cooperation on health is delivering positive results at a time when the world is dealing with multiple challenges such as difficult weather conditions, conflict and economic austerity, a senior United Nations official said today, calling on countries to continue their efforts to improve public health.