29 January 2013
The United Nations human rights chief today urged all parties in Egypt to engage in dialogue and stop the use of excessive force, following five days of protests that have resulted in dozens of deaths and led the Government to declare a state of emergency.

“As the tragic events over the past few days have shown, Egypt remains extremely fragile and unstable, and I urge the Government to make a much stronger effort to accommodate opposing points of view, and take concrete actions to address public concerns,” said High Commissioner for Human Rights Navi Pillay.

“This is necessary to increase nationwide participation and ownership of the constitutional, institutional, economic and legal reforms. Each missed opportunity to reach national consensus, and each example of excessive use of force by security forces, is aggravating an already frighteningly tense and volatile situation.”

According to media reports, dozens of people have been killed and more than 1,000 injured after protests against President Mohammed Morsi turned violent. The demonstrations coincided with the second anniversary of the Egyptian revolution, when mass protests toppled then President Hosni Mubarak and led to a transition period in the country, which was part of a larger group of movements in the region known as the Arab Spring.

On Sunday, Mr. Morsi declared a state of emergency and a curfew in the Ismailia, Suez and Port Said districts for 30 days.

Ms. Pillay called on the Government “to urgently rethink its responses to the unrest which have ranged from excessive use of force on the one hand, to complete failure to protect people, especially women, on the other.”

She also stressed that all parties must refrain from resorting to violence and resolve their differences peacefully, without compromising the rights to freedom of expression and peaceful assembly.

The Office of the High Commissioner for Human Rights (OHCHR) said in a news release it had received reports of some 25 female demonstrators who have been sexually assaulted in Tahrir Square in downtown Cairo over the past few days, in some cases with extraordinary violence.

“There have been a number of well publicized incidents of sexual assault in Tahrir over the past 18 months,” Ms. Pillay said. “I deplore the fact that sexual violence is permitted to occur with apparent impunity in a public square, and that the authorities have failed to prevent these attacks or to bring more than a single prosecution against the hundreds of men involved in these vicious attacks.”

Ms. Pillay urged the Government to take measures to ensure law enforcement does not use disproportionate force against protestors ever again, and called for immediate investigations into the latest incidents of violence as well as a review of police tactics during the management of demonstrations.

The state of emergency should also be governed by the rule of law and in line with international standards to ensure that no one is arbitrarily executed or subject to torture or inhumane punishments, she said.

While welcoming Monday’s call for dialogue by Mr. Morsi, Ms. Pillay said he must “listen to the demonstrators’ demands, tackle grassroots problems, address key issues raised by the opposition with regard to the recently adopted Constitution, and to take immediate measures to solve the numerous serious problems currently affecting the judicial system.”

She noted that involving all stakeholders in reviewing current draft legislation on demonstrations, associations, and access to public information would be an important first step towards a sustainable democracy. “These are all matters of fundamental importance if Egypt is to find its way back to stability and national unity,” she added. 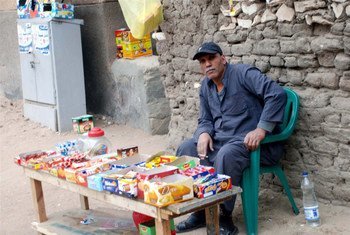 24 January 2013
Secretary-General Ban Ki-moon today called on Egyptians to remain committed to the universal principles of peaceful dialogue and non-violence that sparked a revolution in the country two years ago.