IRIN/Katarina Höije
Children who have joined combat training camps in and around Mopti in central Mali undergoing training.

3 December 2012
Bolivia, Comoros, Guinea Bissau, Kuwait and Yemen today endorsed a set of United Nations principles known as the Paris Commitments, to end the recruitment and use of children by armed forces and groups, bringing the number of States to 105.

“Children’s involvement in armed conflict is detrimental and harmful, not only to the children and to their communities, but to the world at large,” said the Deputy Executive Director of the UN Children’s Fund (UNICEF), Martin Mogwanja, at a ceremony commemorating the principle’s fifth anniversary at UN Headquarters in New York.

“Now is the time to act urgently and unwaveringly, to ensure children are protected from the impact of war and horror of active hostilities,” he added.

Despite growing international efforts to reduce the number of children involved in hostilities, tens of thousands of children are still involved in violent conflicts around the world, according to the world body. Girls and boys are used as combatants, suicide bombers, human shields, porters, sex slaves and more.

The Commitments – initially endorsed by 59 States at the International Conference ‘Free Children from War’ in Paris – lay out detailed guidelines for protecting children from recruitment and for providing assistance to those already involved with armed groups or forces. They complement political and legal mechanisms already in place at the UN Security Council, the International Criminal Court (ICC) and other bodies trying to protect children from exploitation and violence.

According to the Office of the Special Representative of the Secretary-General for Children and Armed Conflict, countries should focus on implementing successful prevention programmes that address the underlying causes of child recruitment such as poverty, socio-economic inequalities, lack of education opportunities and social norms.

These programmes should be accompanied by legal and policy measures, the screening by the UN of children in the ranks of security forces, the strengthening of age verification procedures and the issuance of national identification cards, to prevent unlawful recruitment.

“Ending impunity for those committing serious violations against children is not only a remedy but an important deterrent to prevent child recruitment. In addition, child recruitment must come at a political cost for persistent perpetrators in peace processes,” the Secretary-General’s Special Representative for Children and Armed Conflict, Leila Zerrougui, said at the event, which was organized by her office as well as the Government of France, UNICEF and the Paris Principles Steering Group. 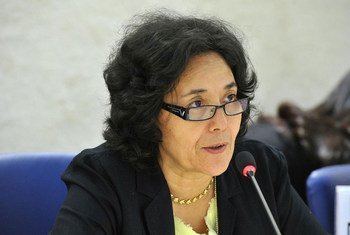 28 November 2012
A visiting United Nations envoy today secured commitments by the authorities in Yemen to end the recruitment and use of children in the country’s armed forces.