The United Nations human rights office today voiced concern at reports of the ongoing persecution of bloggers and people who use the Internet and other means to freely express their opinions in Viet Nam.

“We are concerned by what appears to be increasingly limited space for freedom of expression in Viet Nam,” Ravina Shamdasani, spokesperson for the Office of the High Commissioner for Human Rights (OHCHR), told reporters in Geneva.

The office voiced particular concern that the upcoming trial of Nguyen Van Hai (also known as Dieu Cay), Pan Thanh Hai and Ta Phong Tan for “conducting propaganda” against the State is directly linked to their legitimate exercise of freedom of expression, including their online publications about social and human rights issues.

Mr. Nguyen Van Hai and Mr. Pan Thanh Hai have been in detention since 2010 while Ms. Ta Phong Tan has been detained since September 2011. The three face charges under Article 88 of the Criminal Code and could face penalties ranging from seven to 16 years’ imprisonment.

“The trial, which was scheduled for 7 August and was just postponed indefinitely, will reportedly be closed and witnesses will not be called, raising concerns that the process will not comply with fair trial guarantees,” said Ms. Shamdasani.

“A number of arrests and harsh convictions in recent years suggest a disturbing trend of curbing freedom of expression, opinion and association of bloggers, journalists and human rights activists who question Government policies in a peaceful manner,” she added.

OHCHR urged the Government to fulfil its commitments with respect to ensuring fair trial guarantees and to consider promptly releasing the accused for the exercise of their right to freedom of expression, opinion and association. 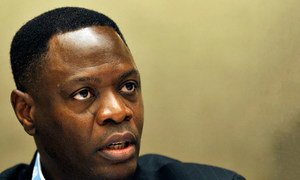 While applauding the development gains made by Viet Nam, an independent United Nations human rights expert has stressed the need for the South-East Asian nation to ensure a human rights-based approach in addressing social and economic challenges.