27 July 2012
The United Nations humanitarian arm announced today it is providing $20 million to help alleviate the suffering of Sudanese civilians who have fled conflict and hunger and sought refuge in South Sudan.

The UN Under-Secretary-General for Humanitarian Affairs and Emergency Relief Coordinator, Valerie Amos, noted that nearly 170,000 Sudanese refugees have fled the conflict in Sudan’s South Kordofan and Blue Nile states. Many more are on their way to South Sudan.

“But, once they get to South Sudan, tens of thousands of refugees are struggling for survival,” Ms. Amos said in a news release. “People are dying of preventable diseases due to dangerous and overcrowded conditions. We need the international community to work together so that we can respond effectively to the crisis.”

Southern Kordofan and Blue Nile states, which lie on the border between Sudan and South Sudan, have been the scene of fighting between Sudanese forces and members of the former rebel movement that fought for the independence of South Sudan. The area has also been subject to rising levels of malnutrition and worsening food shortages.

The money from the UN Central Emergency Response Fund (CERF) will help address an already dire situation, which has further deteriorated over the past month as scarce resources have been stretched and humanitarian organizations have struggled to cover a rapidly growing population, according to the UN Office for the Coordination of Humanitarian Affairs (OCHA).

The funds will go towards projects to help an estimated 65,000 people, including 13,000 children under the age of five. OCHA noted that the cost of humanitarian operations in South Sudan is particularly high owing to the almost total reliance on imported goods and services, as well as poor road and river transport networks.

More than $10 million will go to the Office of the UN High Commissioner for Refugees (UNHCR) to ensure that all refugees have better access to clean water and adequate sanitation, shelter, and health care services.

Other agencies that will benefit from the latest allocation include the World Food Programme (WFP), the UN Children’s Fund (UNICEF) and the UN Population Fund (UNFPA), which will use the money to scale up and extend access to vital maternal and reproductive health services.

Launched in 2006 and managed by OCHA, CERF enables the fast delivery of life-saving assistance to people affected by natural disasters and other crises worldwide. It is funded by voluntary contributions from Member States, non-governmental organizations, the private sector and individual donors.

In a related development, Secretary-General Ban Ki-moon has appointed Toby Lanzer of the United Kingdom as his Deputy Special Representative in the peacekeeping operation known as the UN Mission in South Sudan (UNMISS), where he will also serve as UN Resident Coordinator, Humanitarian Coordinator, and Resident Representative of the UN Development Programme (UNDP).

Mr. Lanzer, who brings to the position varied experience in development, humanitarian affairs, and peacekeeping, replaces Lise Grande of the United States. 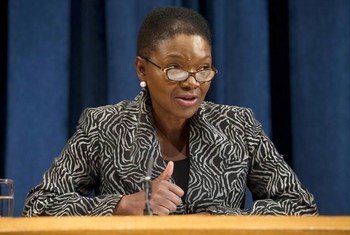 29 June 2012
The United Nations emergency relief coordinator today voiced concern over the deteriorating humanitarian situation in South Kordofan and Blue Nile states in Sudan, and called for unrestricted access for aid agencies so they can assist people in need.