9 July 2012
Two United Nations independent experts called on the Government of the Philippines to urgently adopt measures to protect human rights defenders and investigate the increasing number of threats and killings targeting them over the past months.

“A number of cases have been reported to our mandates involving death threats and, in the worst of cases, killings of human rights defenders since the killing of Fr. Fausto Tenorio in Mindanao last year,” the Special Rapporteurs on human rights defenders and extrajudicial killings, Margaret Sekaggya and Christof Heyns, respectively, said in a news release.

Mr. Tenorio was an Italian missionary who was killed on 17 October last year, reportedly for his efforts in helping indigenous people assert their rights to ancestral lands.

In particular, the experts expressed dismay about the case of Francisco Canayong, who was stabbed to death in Salcedo, Eastern Visayas, on 1 May. The authorities had been alerted of death threats against him and other human rights defenders a few weeks before the killing.

“Many of the cases involve individuals and organizations working to defend the right to a healthy environment,” said Ms. Sekaggya. “Disputes over land rights and campaigns against mining and dam projects infringing on the rights of local communities tend to be sensitive, and those defending such rights are often met with violence.”

Ms. Sekaggya emphasized that the Government has the duty to protect and ensure that other actors respect the rights of human rights defenders, in spite of the “considerable economic interests present in this context.”

Mr. Heyns stressed that many of the death threats and killings taking place, mostly in the areas of Mindanao and in Eastern Visayas, appear to be perpetrated by non-State actors such as paramilitary groups, death squads and corporate security guards.

“The Philippines is required to protect its population against such groups, and its Government has a positive obligation to take effective measures to protect the right to life. Failure to do so is a violation of the International Covenant on Civil and Political Rights,” he noted. “We call upon the Government to urgently enact appropriate measures to this end.”

In addition, the experts called on authorities to respond positively to Ms. Sekaggya’s request of to visit the country in order to assist the Government in improving the volatile situation of human rights defenders in the Philippines. 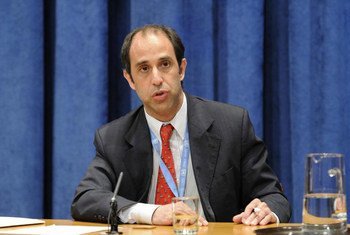 5 July 2012
A United Nations independent human rights expert today welcomed a presidential decree in Myanmar granting amnesty to a number of prisoners of conscience, while reiterating his call for the release of all such prisoners.