World leaders, along with thousands of participants from governments, the private sector, non-governmental organizations (NGOs) and other groups have come together in Rio de Janeiro, Brazil, to take part in the UN Sustainable Development Conference (Rio+20).

In our Seven Issues, Seven Experts series, UN officials tell us more about the key issues being discussed at the conference and how we can contribute to make our planet more sustainable.

In the seventh and final installment, the UN News Centre spoke with the Director of the Job Creation and Enterprise Development Department at the International Labour Organization (ILO), Peter Poschen, about how sustainable enterprises can help not only the environment in the long-term, but also be part of the solution to the current global economic crisis which has sparked high levels of unemployment.

UN News Centre: What do jobs have to do with sustainable development? 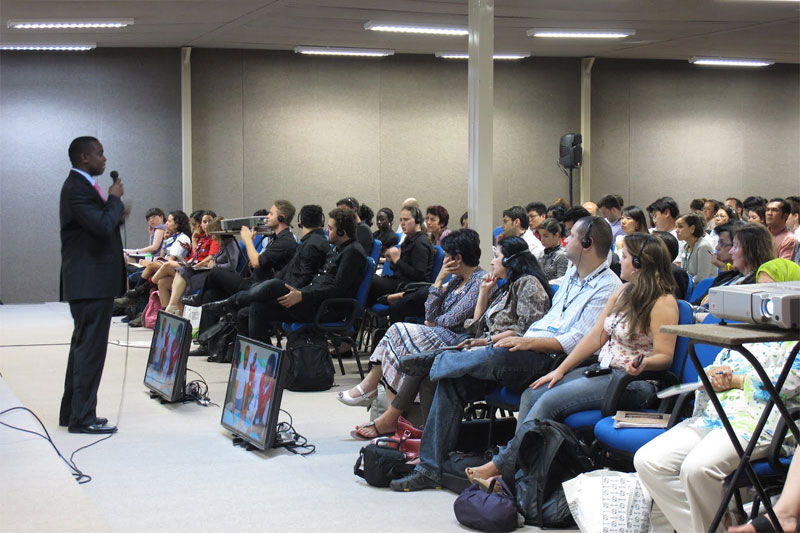 Peter Poschen: Jobs play an enormous social development function. Reducing poverty is basically not possible without people being in productive and well-paying jobs. Productive work is the driver of the economy – that is what creates value and increases the living standards of society and people. What is critical is that jobs also be part of this sustainable development path.

Over the past five years now, we have been emphasizing the notion of green jobs. We see that as an important component, an important part of that transformation towards an environmentally sustainable green economy. These are jobs that actively reduce the environmental impact of economic activity in an enterprise. They avoid greenhouse gas emissions, reduce waste, and increase the efficiency with which we use energy or natural resources. We see the creation of these jobs as a good way of linking our need to become more environmentally sustainable, create additional employment and generate value and growth.

UN News Centre: What do governments need to do to stimulate the creation and growth of sustainable enterprises and, through that, the creation of green jobs?

Peter Poschen: Well, enterprises react to the economic signals they receive. They react to demand and prices, so governments need to send the right signals to the private sector in order to avoid excessive use of natural resources, and direct growth into unsustainable directions.

We really need policies that bear economic, social and environmental dimensions in mind and do not treat them as separate. Something that stands out among the policy instruments that can be used by governments in order to move into a sustainable development direction is the eco tax, which punishes resource consumption and pollution by making them more expensive. It then uses that revenue to reduce the price of labour by investing in skills for workers and reducing the costs of social protection for them.

Eco taxes do not increase the economic burden on the economy, but favour positive outcomes as they help produce more jobs while also reducing negative environmental impacts. The ILO estimated that some 60 million additional jobs can be created through the use of this policy. 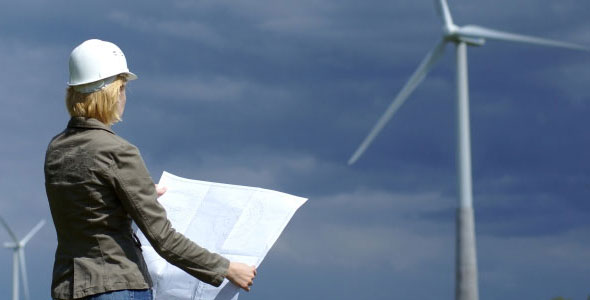 It is also important that governments stimulate green investments that encourage the use of energy efficiency in buildings, industry and transport, and that protect and restore natural resources – be that land, forest, water, fish, etc. In many cases this will require targeted support because these economic signals are not reaching important parts of society, so we need targeted measures, and public investments are an important element for this. For example, we still have 1.3 billion people in the world who have no clean energy at all. This has not gone away with the enormous increase in energy use we have seen in the world, so we need targeted measures to reach people who are not reached by the normal markets.

A group that is going to be particularly important in terms of employment creation is small and medium-sized enterprises. They represent anywhere between two-thirds and three-quarters of all employment in the world, so it is really fundamental that they play a central role in this shift towards a more sustainable economy, and that requires policies to be customized so that these small- and medium-sized enterprises can seize the opportunity of greening the economy and prosper.

UN News Centre: Could you give an example of an initiative succeeding in encouraging sustainable enterprises?

Peter Poschen: Well, the use of renewable sources of energy has been growing very quickly – at over 20 per cent a year in employment terms. This use is still led by a number of European countries, the United States, China and Brazil, but we see it spreading to more countries.

South Africa has initiated a new growth strategy that includes renewable energy as one of its components and it has targets to create jobs in this area, and then we have countries like Bangladesh, where we have a non-governmental organization that has taken clean electricity with photovoltaic panels to more than a million homes. They have created jobs directly for women who install, maintain and administer the electricity that is generated there, and there is the enormous spin-off effect in downstream employment from using the energy that is now available in the village.

UN News Centre: It seems that there are many employment opportunities in sustainable enterprises, yet there is a high rate of unemployment, particularly among young people. Is there a disconnect between the two? 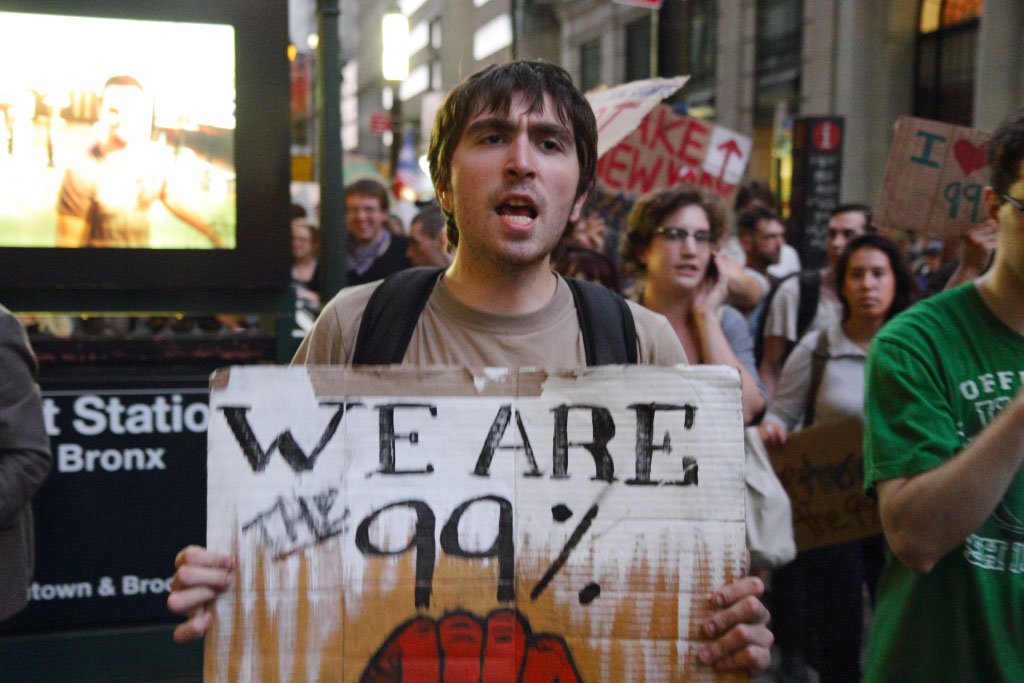 Young people have protested around the world for more jobs and equality. Photo: ILO

Peter Poschen: Very much so, yes. Last year, the ILO published a report on the skills needed for the green economy and it shows that it is a bottleneck in many countries and in many sectors, and that the right qualifications are not available in the labour market for these sectors that are growing rapidly in the face of the economic crisis.

So, we have an ironic situation that, on the one hand, there is gaping unemployment, particularly among young people, [and] on the other hand, there are vacancies that have not been filled because people have not been trained. Adjustments in the national education and in the national skills systems are very important in making sure that we do not have these kinds of mismatches.

We have been developing a programme on entrepreneurship development and we have been training, over the past few years, young people who want to become self-employed and start their own business. This programme is called Green Business Options and it helps young people think of an environmental product or service as a central business idea.

We are already seeing some of these young men and women doing just that: a young woman starting a plastic recycling business in Kenya, a young college graduate in China starting an energy consultancy… so that is certainly something young people can do as entrepreneurs, but also by acquiring skills that will be needed in the greener economy.

UN News Centre: Is there a specific goal in Rio+20 regarding sustainable enterprises?

Peter Poschen: We are hoping that the Conference will decide that there will be the development of sustainable development goals so that we get the new picture of what we mean by development. It is no longer simply about economic growth as measured by gross domestic product, irrespective of whether that is actually positive or negative, or whether it is sustainable, but about whether it improves the lives of people and whether it really takes care of the planet.

We would hope that, amongst those sustainable development goals, we would see a goal around employment and decent work, because that is what helps people to get out of poverty. And we hope that there would be an element of green jobs because that would show how that the labour market is adjusting to contribute to environmental sustainability.

The second component that we think is really important is social protection as part of the sustainable development paradigm. Social protection has shown in the economic crisis how important it is to help people buffer the shocks that come into the system. This is true with the economic fluctuation if you lose your job, but it is also true if you are affected by climate-related disasters, or if you are affected by sudden surges of food prices as happens in many developing countries. Social protection can be a mechanism that helps people to absorb these shocks without them becoming destructive.

With social protection, farmers don’t have to leave the land if the harvest has failed because there is an income support until they can produce again in the next season, so we do not get a reduction of the agricultural production and internal migration on top of the problem that already exists with the lack of food.

We see how it can help to restore resources that are stretched. Brazil, for example, has introduced access to unemployment insurance for fishermen, who stop fishing during the period that the fish regenerate. They could not normally do that because they are poor and they depend on constant incomes, otherwise they cannot survive. So, in order to enable these fishermen to allow the resource to regenerate, the Government has given them access to unemployment insurance which then helps the resource to regenerate and have a bigger catch when they go back to sea, and it enables these workers and their families to stay afloat during this period. 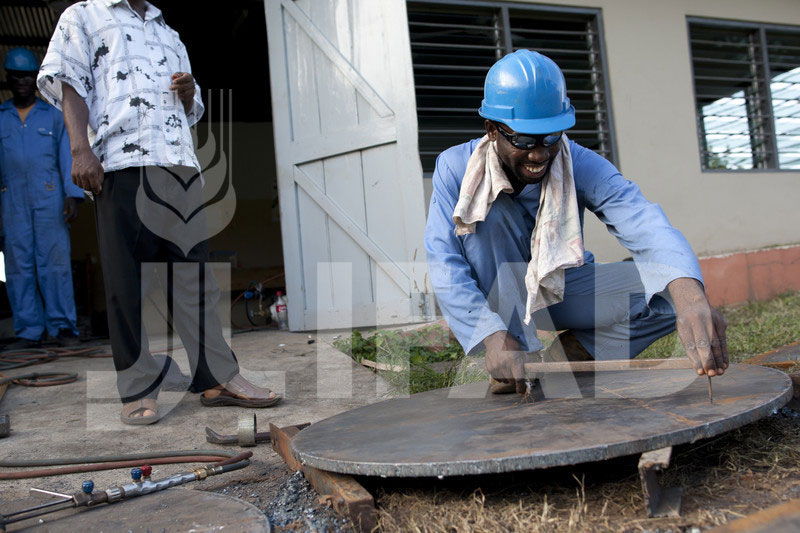 UN News Centre: Is there anything members of the public can do to contribute to the creation of sustainable enterprises?

Peter Poschen: Absolutely. There are opportunities in many workplaces to contribute to environmental sustainability and to making enterprises more sustainable. There is also, clearly, a need to signal to policymakers that society demands a shift to a new and more sustainable development model. If policymakers have the impression that the population prioritizes jobs at almost any cost over the longer-term future, then we do not get this shift. Then policymakers are not enabled to adopt policies that really keep an eye on the future and that do not only look at this year’s unemployment rate, but also at what we need to do in order not to short-change future generations – that is clearly something that requires individuals as citizens to get engaged. 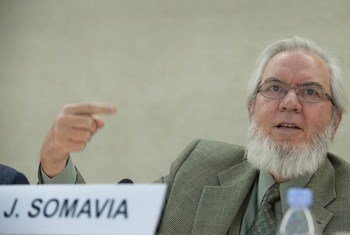