UNHCR/P. Rulashe
A group of refugees in Jamam, South Sudan.

19 June 2012
The United Nations refugee agency said today it has started a new emergency aid airlift for refugees in South Sudan who have fled conflict and related food shortages in neighbouring Sudan.

The United Nations refugee agency said today it has started a new emergency aid airlift for refugees in South Sudan who have fled conflict and related food shortages in neighbouring Sudan.

“We are also bringing in equipment for drilling new boreholes to increase the supply of clean water, which is in severe shortage in the area,” a spokesperson for the UN High Commissioner for Refugees (UNHCR), Adrian Edwards, told reporters in Geneva.

With the new airlift, UNHCR is hoping to speed the delivery of critical supplies, the transport of which has been hampered by difficult road conditions made worse by recent rains.

South Sudan is currently hosting more than 150,000 refugees from Sudan, many of whom have fled conflict and lack of food in their homeland. Over 112,000 of these are in Upper Nile state, while a further 51,000 are in settlements further west in Unity state.

“With the security and humanitarian conditions deteriorating in South Kordofan and Blue Nile, a growing number of Sudanese have been seeking refuge in South Sudan, exceeding by far our original planning assumptions,” said Mr. Edwards. “In Upper Nile state, for example, we had planned for 75,000 refugees, but there are already some 105,000 people who have crossed from Blue Nile state.”

Further west, in South Sudan’s Unity state, the Yida refugee settlement currently has more than 55,000 refugees. According to UNHCR, this is 15,000 more people than a month ago, and the refugee agency is planning to ship additional supplies for them from Juba.

New arrivals from Sudan’s Blue Nile State also continue to be registered in Ethiopia’s Benishangul Gumuz region, where there are more than 36,500 refugees. 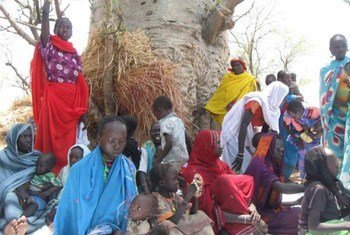 12 June 2012
The United Nations refugee agency and its partners have relocated 8,000 Sudanese refugees from a transit site in the north-east of South Sudan to relieve overcrowding.