“Where traffickers use threats and weapons, we must respond with laws and prosecutions,” Secretary-General Ban Ki-moon said during an interactive dialogue meeting at the UN General Assembly in New York, entitled “Fighting Human Trafficking: Partnership and Innovation to End Violence Against Women.”

At any given time across the globe, some 2.4 million people are victims of human trafficking, according to the UN Office on Drugs and Crime (UNODC), which adds that the crime generates $32 billion annually, rivalling the profits reaped by the illicit trade in arms and drugs. Every year, thousands of people fall into the hands of traffickers, in their own countries and abroad, with women comprise two thirds of trafficking victims.

Tuesday’s dialogue, which was organized by the President of the General Assembly, Nassir Abdulaziz Al-Nasser, in conjunction with UNODC and the Group of Friends Against Human Trafficking, seeks to discuss ways in which countries can coordinate policies to strengthen their measures to combat this issue.

In his remarks, Mr. Ban emphasized that countries need to tackle the broad factors that lead to human trafficking, such as extreme poverty, which forces families to sell their children to traffickers. He also noted that migration is also closely linked to this issue, requiring States to take action on relevant policies.

“Women are lured out of their homes and countries with false promises. They are stripped of their passports, their dignity and their personal security,” Mr. Ban said. “To protect people from such exploitation, countries have to coordinate their labour and migration policies.”

Mr. Ban called on countries to adhere to the treaties that aim to stop human trafficking, in particular the UN Protocol to Prevent, Suppress and Punish Trafficking in Persons, especially Women and Children; and stressed that resources would be needed to tackle the problem.

“I welcome this dialogue’s focus on closing the gap between commitments and actions. Far too many women and girls fall through the cracks and land in the unscrupulous arms of traffickers,” Mr. Ban said. “But I have to be clear. It will take resources to build a bridge from words to deeds.”

He encouraged all those in attendance to contribute to the UN Trust Fund on Human Trafficking, which provides humanitarian, legal and financial aid to victims of trafficking through a range of avenues, including governmental, inter-governmental and civil society organizations.

Echoing Mr. Ban’s remarks, the General Assembly’s President Al-Nasser said the money received by the Fund so far was not enough.

“The Fund needs strong and continued support of Member States, and civil society, especially the private sector and the media, if it is to success as an engine for the delivery of assistance to victims,” Mr. Al-Nasser said in his remarks to the meeting.

He noted that human trafficking represents an appalling form of human rights abuse, and underlined the importance of protecting those vulnerable to it: women, children and migrants.

“Human trafficking is also one of the fastest growing criminal industries, rivalling the trafficking of illicit drugs and arms,” the Assembly President said, calling on individuals to back global strategic efforts that tackle this issue from all its aspects, including prevention, prosecution and victim assistance.

“Whether an individual, an organization, a State, I urge everyone to speak out against this terrible crime that does unspeakable damage,” he added.

Referring to the UN Trust Fund on Human Trafficking, UNODC’s Executive Director, Yury Fedotov, reported that since it was created, around $1 million has been pledged, with around $470,000 contributed.

He added that funds received so far have supported the provision of educational, medical and psycho social assistance to child victims of trafficking in Cambodia; assisted victims in Albania through a reintegration program, and supported a Nepalese NGO almost entirely staffed by the survivors of human trafficking.

Other UN officials attending the meeting include the Executive Director of the UN Entity for Gender Equality and the Empowerment of Women (UN Women), Michele Bachelet; and the Chair of the UN Voluntary Trust Fund for Victims of Trafficking, Aleya Hammad; as well as United States actress Mira Sorvino, who is also a UN Goodwill Ambassador to Combat Human Trafficking. 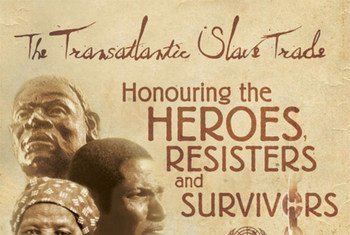