Sudan: ICC prosecutor urges world to do more to end impunity in Darfur

The Prosecutor of the International Criminal Court (ICC) today urged the international community to find “the final solution” for the problem of impunity in Sudan’s conflict-affected region of Darfur, where he said war crimes have continued despite warrants of arrest against several senior officials, including the president.

“I think we did something complicated – we investigated the crime, we collected the evidence, we clarified the responsibilities. But our effort is not enough if the crime is not stopped,” Luis Moreno-Ocampo told reporters at UN Headquarters.

Mr. Moreno-Ocampo said Mr. Hussein was in charge of delegating responsibility for attacks in Darfur and coordinated raids, and was also involved in the recruitment of the Janjaweed militia who are accused of carrying out attacks alongside Government forces.

That case will be his last on Darfur before his tenure as ICC Prosecutor ends in June, he said.

The Security Council asked the ICC to investigate war crimes in Darfur in 2005 after a UN inquiry found serious violations of international human rights law.

♦ Receive daily updates directly in your inbox - Subscribe here to a topic.
♦ Download the UN News app for your iOS or Android devices.
international criminal court 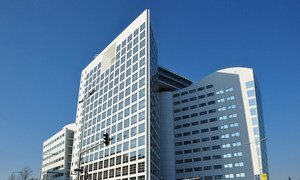