2 February 2012
The United Nations human rights chief today voiced concern about the possible use of excessive force by Senegalese authorities amid the protests that have erupted ahead of the presidential election scheduled for later this month.

At least four people, including one police officer, have reportedly been killed this week during protests following the publication of the list of presidential candidates approved by the Constitutional Council, states a news release issued by the UN Office of the High Commissioner for Human Rights (OHCHR).

“The reports of excessive use of force by police in response to violence by some protestors are very disturbing, given Senegal’s tradition of respect for freedom of association, assembly and expression,” said High Commissioner Navi Pillay.

Reports suggest that in some instances, in several neighbourhoods around the capital, Dakar, police shot at protestors who were burning tyres and throwing stones. Violence was also reported in the towns of Podor, Thies and Kaolack. The protests are reportedly in response to the decision of incumbent President Abdoulaye Wade to seek a third term in the 26 February polls.

In addition to urging restraint on the part of the authorities, Ms. Pillay called on all presidential candidates to actively renounce and discourage any further violence or incitement to violence.

“Senegal has a good record of peaceful democratic elections and transitions which could easily be jeopardized if the current extremely tense situation spirals into further acts of violence and retribution.”

Law enforcement officials must fully respect the standards laid out under international law in maintaining public order, including detailed guidelines governing the use of live ammunition, stressed the High Commissioner.

She called for a thorough, impartial and transparent investigation into the killings that have taken place over the past few days and the alleged use of disproportionate force by police officers, stressing that anyone who has committed violent or excessive acts must be held accountable.

“With the presidential campaign beginning this weekend, I cannot stress enough the importance of full respect for the fundamental human rights of the freedom of expression, association and assembly. These rights are particularly crucial during an election period,” she added. 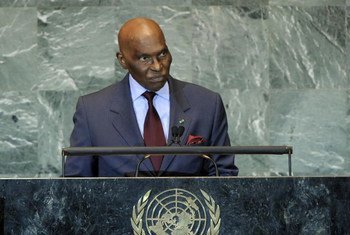 As political tensions rise in Senegal, Ban urges all sides to refrain from violence

31 January 2012
Secretary-General Ban Ki-moon expressed concern today about mounting political tensions in Senegal, where voters go to the polls in less than a month to elect a president.