The right to adequate food must be at the top of the agenda of next month's global trade talks, an independent United Nations expert stressed today, calling for bold policies to ensure food security.

“The world is in the midst of a food crisis which requires a rapid policy response. But the World Trade Organization (WTO) agenda has failed to adapt, and developing countries are rightly concerned that their hands will be tied by trade rules,” said the Special Rapporteur on the right to food, Olivier De Schutter.

“Food security is the elephant in the room which the WTO must address,” he stated in a news release, ahead of the organization's ministerial conference set to take place in Geneva from 15 to 17 December.

“We should grasp the opportunity to ask what kind of trade rules will allow us to combat food insecurity and realize the human right to food,” said Mr. De Schutter.

He noted that “trade did not feed the hungry when food was cheap and abundant, and is even less able to do so now that prices are sky-high.” Global food imports will amount to $1.3 trillion in 2011, and the food import bills of the least developed countries (LDCs) have soared by over a third over the last year, he added.

Some measures that have been cited as helpful in rehabilitating local food production capacity in developing countries are higher tariffs, temporary import restrictions, state purchase from small-holders, and targeted farm subsidies.

“Even if certain policies are not disallowed, they are certainly discouraged by the complexity of the rules and the threat of legal action,” he stated. “Current efforts to build humanitarian food reserves in Africa must tip-toe around the WTO rulebook. This is the world turned upside down.

“WTO rules should revolve around the human right to adequate food, not the other way around,” said the expert, who reports to the UN Human Rights Council in an independent and unpaid capacity. “We need an environment that encourages bold policies to improve food security.” 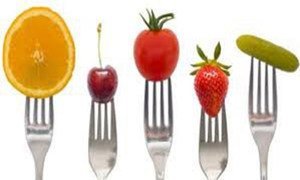 United Nations officials today called for concerted efforts to ensure the world's fast-growing population has enough food, stressing that global food production will have to double by 2050 when the planet is expected to host an additional one billion inhabitants.