The United Nations has dispatched peacekeepers and medical staff to the north of South Sudan after members of a rebel group attacked a town at the weekend, killing nearly a dozen people and burning a number of homes.

At least nine civilians, including four children, are confirmed to have been killed in the attack by the South Sudan Liberation Army (SSLA) against Mayom on Saturday morning, and two other people are missing and presumed dead, according to Aleem Siddique, a spokesperson for the UN operation in South Sudan (UNMISS).

Mr. Siddique said armed forces and police officers had eventually repelled the attack and the situation in Mayom, a key town in Unity state, had since calmed.

UNMISS sent a team of peacekeepers, medical staff and civilian experts to the area on Sunday to help local authorities deal with the aftermath of the attack, while the mission also evacuated several wounded civilians to a UN hospital in the town of Bentiu, the state capital.

Mr. Siddique said the mission was deeply concerned by the killings, which followed a warning from the SSLA urging staff from the UN and non-governmental organizations (NGOs) to leave the area for their own safety.

He stressed that UNMISS was not evacuating its staff from either Unity or neighbouring Warrap state.

“We remain firmly committed to serving the people of South Sudan,” he said, adding the mission would work closely with state and national authorities in the new country to tackle causes of insecurity.

Since South Sudan became independent in July after a referendum in which voters overwhelmingly backed secession from Sudan, the country has experienced a series of deadly inter-ethnic clashes as well as fighting involving rebel groups opposed to the Government. 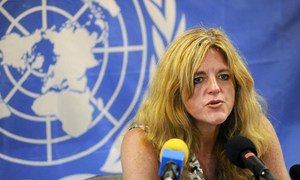 Two ethnic communities that had previously engaged in violent attacks in South Sudan took part in a series of United Nations-backed peace talks which seek to put an end to conflict in the country’s Jonglei state that has resulted in more than 600 casualties this year.