The new versions of Freerice will give millions of Italian and French speakers the chance to test their vocabulary and help feed hungry children around the world, said the WFP in a news release.

“Whether you are a French or Italian speaker eager to enrich your vocabulary or an avid language student, Freerice engages players in a fun and challenging way that helps the hungry,” said Nancy Roman, WFP Director of Communications, Public Policy and Private Partnerships Division.

The game, which already has English and Spanish versions, consists of increasingly difficult vocabulary and educational questions, and for every correct answer, 10 grains of rice are donated to WFP and paid for by advertisers of the site.

Freerice became popular soon after it was released in 2007, and since then it has donated almost 100 billion grains of rice, enough to feed 4.8 million people for a day in countries such as Haiti, Uganda, Pakistan and Cambodia.

The game, designed by fundraising pioneer John Breen to help his teenage sons prepare for their college entrance exams, now attracts 40,000 players daily, and has evolved to allow players to form online groups and compete.

“Freerice is a truly innovative concept that has taken the Internet by storm over the last few years. From Paris to Montréal, and from Hanoi to Dakar, French speakers and learners around the world can now actively participate in this online viral phenomenon and help save millions of lives,” said Marina Catena, Director of WFP in France.

The WFP said Chinese- and Korean-language versions of the game will follow. 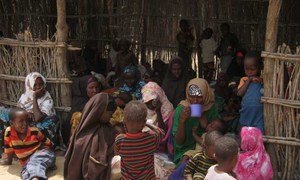