The human rights situation remains precarious in Sudan and newly independent South Sudan, a United Nations independent expert said today, calling for full fundamental freedoms in the former and concrete steps to protect civilians in violence-torn parts of the latter.

“The human rights situation in Sudan remains fraught with challenges, particularly the full realization of political and civil rights,” the Independent Expert on the human rights situation in Sudan, Mohamed Chande Othman, told the UN Human Rights Council in Geneva, citing freedom of expression and association, press censorship and the confiscation of media assets and reports of people being held without charge for long periods.

“Once again, I wish to call upon the Government of Sudan to reform the National Security Service, including the current legal framework under which it operates, so that it fully encompasses human rights principles and the rule of law.”

He noted the recent fighting in Southern Kordofan state between Government forces and the rebel Sudan People’s Liberation Army – North (SPLA-N), with alleged abuses committed by both sides, including summary killings, arbitrary arrests, enforced disappearances and the displacement of more than 70,000 civilians.

While voicing pleasure at a drop in overall violence in the Darfur region of western Sudan, where up to 300,000 people are estimated to have been killed and 2.7 million others displaced in more than eight years of fighting between Government forces and various rebel groups, Mr. Othman expressed concern at the continuing prevalence of impunity for serious crimes.

In a preliminary report last month the UN Office of the High Commissioner for Human Rights (OHCHR) and the former UN Mission in Sudan (UNMIS), called for a thorough investigation into violations of international law in the state which it said could, if substantiated, amount to crimes against humanity or war crimes.

Turning to South Sudan, which seceded from Sudan in July, Mr. Othman cited the killing of hundreds of civilians in inter-communal violence, with 640 civilians dying last month in a single incident between two feuding tribes in Jonglei state, in what has degenerated into a retaliatory spiral of attacks.

“These long-standing patterns of localized violence are likely to continue unless the Government of South Sudan takes concrete measures to protect civilians and address the widespread impunity and lack of accountability, the central cause of the conflict,” he said.

“The Government of South Sudan now has the opportunity to build a democratic and prosperous country founded on the principles of the rule of law and human rights,” he added, calling on the international community to provide the necessary assistance.

Sudan’s representative Mahmad Bushara Sousa said his country was a developing nation going through a post-conflict period and had given what it could, with all its actions falling within the framework of attempting to improve the situation of human rights.

South Sudan’s representative Francis Nazario said technical support and capacity building were needed the most to protect human rights and build national institutions for this. 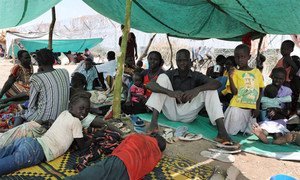 The United Nations today called for a thorough investigation into violations of international law committed in Sudan’s Southern Kordofan state in June which it said could, if substantiated, amount to crimes against humanity or war crimes.