UNESCO condemns murders of journalists in Mexico and Brazil

UNESCO condemns murders of journalists in Mexico and Brazil

29 July 2011
The United Nations agency tasked with defending and promoting press freedom today condemned the murders of journalists in Mexico and Brazil, two Latin American countries where reporters have already been killed this year.

Irina Bokova, the Director-General of the UN Educational, Scientific and Cultural Organization (UNESCO) demanded the killers of both Yolanda Ordaz de la Cruz in Mexico and Auro Ida in Brazil be brought to justice, and called for strong measures to curb violence against journalists.

“I condemn the killing of Yolanda Ordaz de la Cruz, the latest case in an increasing global trend of women journalists being targeted, which I am deeply concerned about,” the Director-General said.

Ms. Ordaz de la Cruz, a veteran crime and security reporter security for the Veracruz newspaper Notiver, had been missing since 23 July and was found dead three days later.

“It is essential that the authorities investigate the alarming number of attacks on reporters in Veracruz and bring their culprits to justice,” Ms. Bokova said.

Ms. Ordaz de la Cruz is the third Notiver journalist to be killed this year, after the murder of columnist Miguel Angel Lopez Velasco who was murdered, along with his wife and their son – Notiver crime photographer Misael López Solana – on 20 June in their home.

According to the non-governmental organization (NGO) Article 19, five journalists have been murdered in Mexico this year, four of them in the state of Veracruz.

In the case of Mr. Ida, Ms. Bokova said: “The use of violence to stop journalists from exercising their basic human right of freedom of expression is unacceptable. It is essential that the authorities bring the killers of Auro Ida to justice.”

Mr. Ida, 53, a former press secretary of the Government of the city of Cuiabá, was a founder of the news site Midia News, and wrote an opinion column for another news website, Olhar Direto. He was shot dead in his car on 22 July by an unidentified man.

Mr. Ida is said to have been investigating local political corruption at the time of his killing. He is also said to have spoken of having received threats, UNESCO said.

According to the Committee to Protect Journalists (CPJ), Mr. Ida is the fourth journalist killed in Brazil this year. 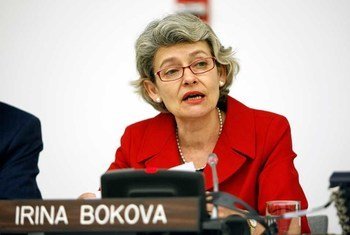 1 July 2011
The United Nations agency tasked with defending and promoting press freedom today voiced outrage at the recent killings of journalists working in the Democratic Republic of the Congo (DRC), Iraq and Mexico.