While welcoming United States efforts to close the Guantánamo Bay detention facility, two independent United Nations human rights experts have called on the Government to ensure that it does not forcibly transfer anyone to another State where the person could be subject to torture.

The UN Special Rapporteurs on Torture, Manfred Nowak, and on Human Rights and Counter-Terrorism, Martin Scheinin, drew attention to two recent decisions by the US Supreme Court, which paved the way for the transfer of two Algerian detainees held in Guantánamo.

“We are extremely worried that the lives of two Algerian detainees could be put in danger without a proper assessment of the risks they could face if returned against their will to their country of origin,” the experts stated in a news release.

The decision by President Barack Obama, upon taking office in January 2009, to close the facility was hailed by Secretary-General Ban Ki-moon and UN human rights chief Navi Pillay, who were encouraged that the US leader has given the highest priority to ensuring respect for fundamental rights.

“While we appreciate the efforts of the authorities to close the Guantánamo detention facility, the risk assessment should be a meaningful and fair process, and the courts should be part of it,” said the Special Rapporteurs.

One of the two men in question, Abdul Aziz Naji, has already been repatriated to Algeria, according to media reports. He was among a group of six Algerian nationals held in Guantánamo, who feared that, if returned to Algeria, they could be subject to torture or other forms of ill-treatment by the security services or non-State actors.

“Diplomatic assurances are unreliable or difficult to monitor and cannot substitute the sending country’s obligation to assess the real risk facing the individual,” said the experts, who added that this could become the first involuntary transfers of Guantánamo detainees of the Obama administration.

UN Special Rapporteurs carry out their work in an independent and unpaid capacity and report to the Geneva-based Human Rights Council. 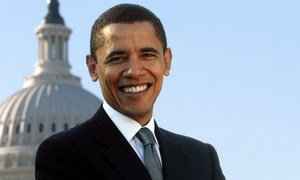