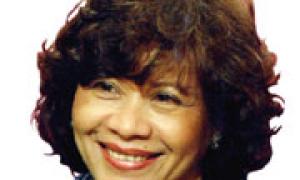 Cutting red tape to reduce complex transaction costs is the key to unlocking significant benefits from international trade for economies in Asia and the Pacific, according to a new report from the United Nations and the Asian Development Bank (ADB).

Cutting red tape to reduce complex transaction costs is the key to unlocking significant benefits from international trade for economies in Asia and the Pacific, according to a new report from the United Nations and the Asian Development Bank (ADB).

“The hidden costs of trade are high – in some cases up to 15 per cent of the value of goods traded,” said Noeleen Heyzer, Executive Secretary of the UN Economic and Social Commission for Asia and the Pacific (ESCAP), which published the report along with ADB.

Designing and Implementing Trade Facilitation in Asia and Pacific states that, despite falling tariffs and the removal of import quotas, there are still major costs to global trade associated with unnecessarily complex customs and border procedures, or with inefficient transit arrangements.

Trade facilitation, or “cutting red tape,” can unlock further gains from international trade, especially in Asia and the Pacific, where it takes more than three times longer to complete export procedures than it does in developed countries.

Intra-regional trade in Asia could increase by $250 billion, or about 21 per cent, if trade facilitation reforms were successful in bringing countries in the region, with below-average performance, closer to the regional average.

“Timely publication of trade regulations, simplification of trade procedures and documents, and improving coordination between relevant government agencies within and across borders can go a long way towards increased connectivity and integration of the region,” said Ms. Heyzer.

The report, released today in Bangkok at the first Asia-Pacific Trade Facilitation Forum that brings together about 100 policymakers, traders and trade facilitation service providers from more than 25 countries across the region, provides guidance on how to assess the status of trade facilitation.

It also outlines what measures and reforms are necessary, how to design trade facilitation initiatives, how to implement them at national and regional levels, and which organizations can help in this process.

Ravi Ratnayake, Director of ESCAP’s Trade and Investment Division, said the report was timely as trade facilitation was vital to the region’s efforts to boost resilience to external shocks, such as the global economic crisis.

“Trade facilitation, particularly within and across Asia, is an integral part of the rebalancing required to support increased domestic and regional demand as a source of economic growth,” he stated.

“The book is a practical operational guide of what works in getting goods and services moving across our region’s national borders.”

Exports from the world’s poorest countries should be granted duty- and quota-free access to markets, according to government officials, economists and academics attending a regional United Nations trade meeting as they warned against a turn towards protectionist policies.