The ongoing conflict in Afghanistan continues to take a heavy toll on the country’s civilians, according to the United Nations mission there, which recorded over 1,000 deaths in the first six months of 2009 – 24 per cent more than during the same period last year.

“Both anti-government elements (AGEs) and pro-government forces (PGFs) are responsible for the increase in civilian casualties,” the mission, known as UNAMA, said in its Mid-Year Bulletin on the Protection of Civilians in Armed Conflict in Afghanistan.

The report, prepared by UNAMA’s Human Rights Unit, focused on improvised explosive devices (IED)/suicide attacks carried out by AGEs, and airstrikes conducted by PGF, the two tactics which the mission says continue to claim the largest number of civilian lives in the ongoing armed conflict.

However, it added that more civilians are being killed by the armed opposition than by the Afghan security and international military forces.

“This represents a significant shift from 2007 when PGFs were responsible for 41 per cent and AGEs for 46 per cent of civilian deaths,” the mission stated, adding that it highlights the need for all parties to the conflict, particularly the armed opposition which is responsible for the majority of avoidable deaths, to take all necessary measures to avoid the killing of innocent civilians.

Of the 595 civilian deaths attributed to AGEs activities, 400 were the result of indiscriminate use of IEDs and suicide attacks, which is responsible for 67 per cent of all deaths caused by the armed opposition.

Meanwhile, operations carried out by the Government of Afghanistan and its allies “have resulted in a rising toll in terms of civilian deaths and injuries and destruction of infrastructure, including homes and assets, which are essential for survival and the maintenance of livelihoods,” stated the report.

UNAMA noted that international military forces have tried to minimize the number of civilian casualties resulting from their operations. Nevertheless, “airstrikes remain the largest cause of civilian deaths attributed to PGF during the first six months of 2009,” with 40 incidents of airstrikes since the beginning of 2009 in which 200 civilians reportedly lost their lives.

While acknowledging “a greater openness” by the international military forces, in particular the Security Council-mandated International Security Assistance Force (ISAF), with regard to such matters, the mission remained concerned about a number of issues, including the level of transparency of the forces and their capacity or willingness to provide information to UNAMA.

“All parties involved in this conflict should take all measures to protect civilians, and to ensure the independent investigation of all civilian casualties, as well as justice and remedies for the victims,” said Ms. Pillay.

♦ Receive daily updates directly in your inbox - Subscribe here to a topic.
♦ Download the UN News app for your iOS or Android devices.
Afghan|civilian 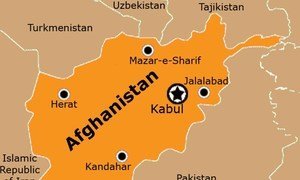 The United Nations Assistance Mission in Afghanistan (UNAMA) has spoken out against the use of suicide bombings and other terrorist activities, which it says kills more civilians than any other military action.