United Nations agencies are taking part in emergency relief efforts in south-west Pakistan, where a powerful earthquake struck early this morning, killing and injuring hundreds of people and leaving many more homeless.

The quake registered 6.4 on the Richter scale – its epicentre was located in a mountainous area northeast of Quetta, the provincial capital of Baluchistan – when it struck shortly after 4 a.m. local time. Aftershocks have also been reported.

Scores of people remain trapped under the rubble of their collapsed homes, according to the UN Office for the Coordination of Humanitarian Affairs (OCHA), which said UN agencies are now working closely with national authorities and other aid groups to bring relief.

Survivors’ immediate needs include food, shelter, emergency medical care and safe drinking water. Rescue efforts have been complicated by many landslides that followed the quake.

The World Health Organization (WHO) is sending emergency health and trauma kits to Quetta, and staff from the agency are part of a UN assessment mission to Ziarat and Pishin districts, which are among the hardest-hit areas. The agency estimates that at least 20,000 people have been displaced from their homes.

The UN Children’s Fund (UNICEF) is working with authorities in Pakistan to coordinate relief efforts and is also preparing to mobilize contingency stocks.

A spokesperson for Secretary-General Ban Ki-moon today issued a statement in which the UN chief voiced deep sadness and offered his condolences to the families of the quake victims.

“The United Nations has been in contact with Pakistani officials and is assessing the situation in collaboration with them,” the statement noted.

“The United Nations stands ready to lend its assistance to efforts to respond to humanitarian needs created by the disaster, including by using existing resources and providing grants from emergency funds, and to mobilize international support for that response, if required.” 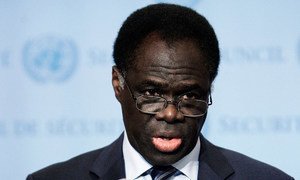 Security Council speaks out against deadly attack on Pakistani capital

The Security Council today strongly condemned the weekend’s terrorist attack in Pakistan’s capital Islamabad, which claimed dozens of lives and injured many others.