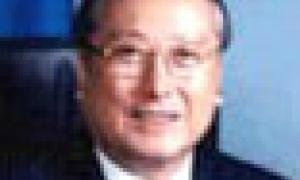 Concluding the Asian and Pacific Decade of Disabled People, a United Nations-backed meeting held in Japan today adopted a wide-ranging regional framework for action to integrate the concerns of disabled persons into development programmes.

The Biwako Millennium Framework for Action, which incorporates the Millenium Development Goals adopted by world leaders meeting at the UN in 2000, addresses such issues as access to public transport, information, education, training, employment and regional cooperation – all with special emphasis on the needs of women and children, according to the UN Economic and Social Commission for Asia and the Pacific (ESCAP).

The meeting, which was attended by 300 people from 27 countries, including representatives of non-governmental organizations (NGOs) and UN agencies, reviewed the achievements of the last ten years, including a growing awareness of the special challenges faced by persons with disabilities.

Participants also agreed to launch a new decade under the theme “Towards an inclusive, Barrier-free and Rights-based Society for Persons with Disabilities.”

“What we want is neither charity nor handouts but appropriate education, a chance for rehabilitation and a place to work,” said Satoshi Fukushima, a university professor who is deaf and blind, communicating in “Finger Braille,” a method invented by his mother.

ESCAP's Executive Secretary, Kim Hak-Su said that while a tremendous progress had been made in improving the welfare of persons with disabilities, more still needed to be done, and pledged his Commission’s full efforts towards this end.