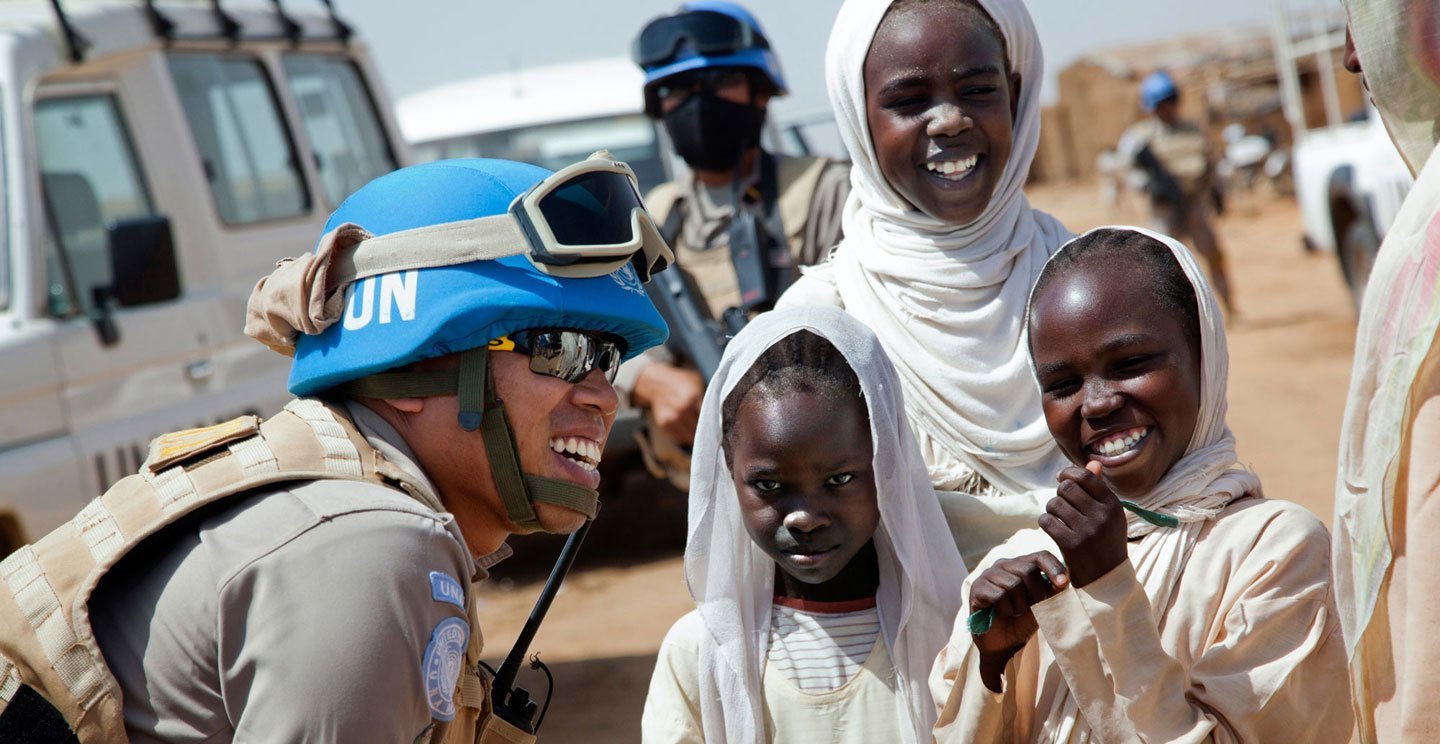 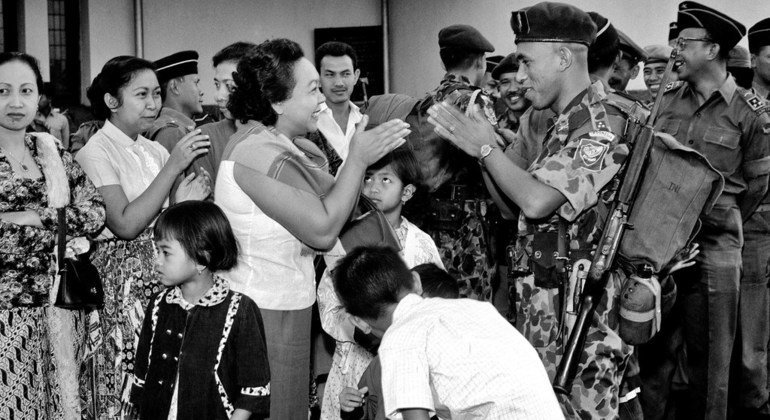 Over the decades, Indonesia has made an invaluable contribution to UN peacekeeping, having served in some of the most difficult missions including the Darfur region of Sudan, the Democratic Republic of the Congo and South Sudan. Seen here is a traditional "good-bye" in the Indonesian way by Capt. Andjar Rachman (r), Aide to the Commander of the Garuda II Battalion of the Indonesian National Army, as the Battalion prepared to leave Jakarta in September 1960 to take up duty with the UN Force in the Congo. 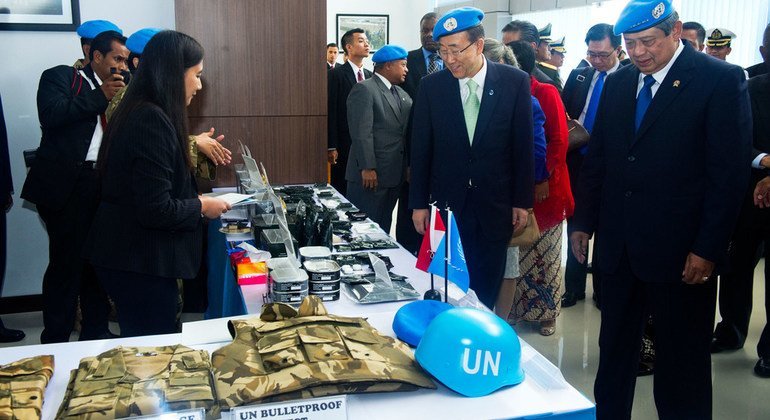 Among the thousands of Indonesian men and women who have served in UN peacekeeping operations over the years was the country’s former President, Susilo Bambang Yudhoyono, who had the distinction of being the only leader of a nation to have served as a ‘blue helmet’. Mr. Yudhoyono (right) and then UN Secretary-General Ban Ki-moon (second from right) don UN blue berets as they look at a display at the Indonesia Peace and Security Centre in Jakarta during the Secretary-General’s visit in March 2012. 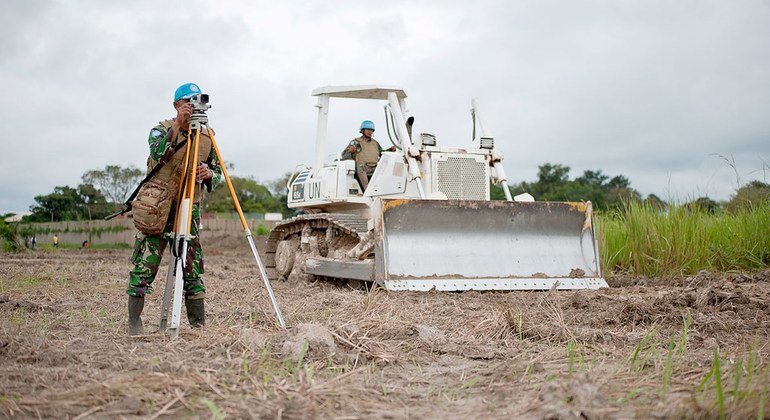 Members of the Indonesian contingent of the UN mission in the Central African Republic (MINUSCA), seen here in August 2014, were among the first to arrive after the Security Council voted to send peacekeepers to help restore order in the country in the aftermath of deadly inter-communal violence. 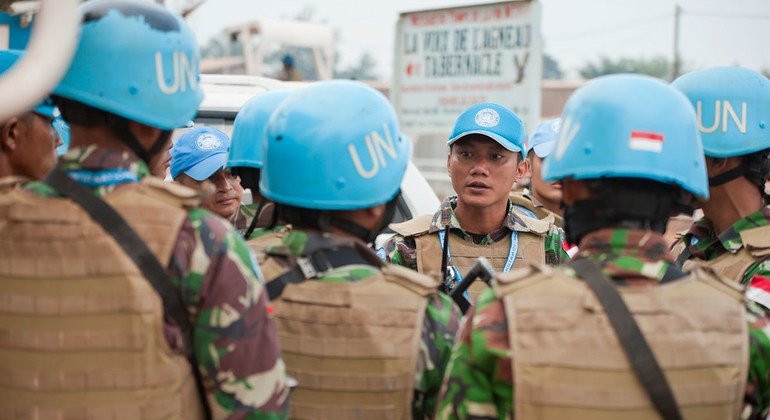 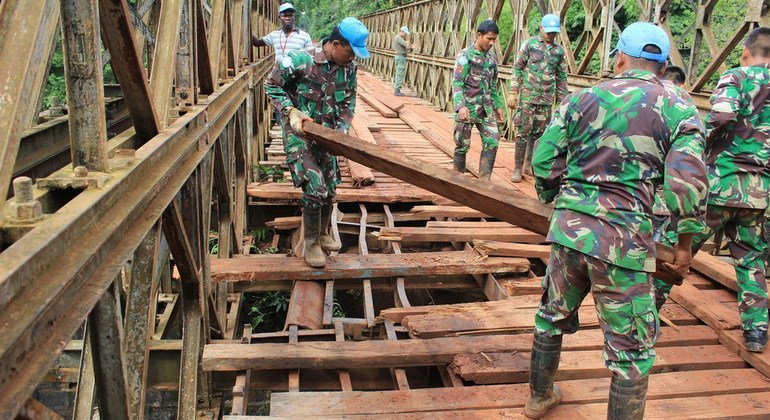 Seen here is the Indonesian Engineering Company of the UN Organization Stabilization Mission in the Democratic Republic of the Congo (MONUSCO) rehabilitating the Gada Bridge. Located 74 kilometres from Dungu, this bridge plays a vital role in supporting the local population and improving the Mission’s mobility. (16 May 2016) 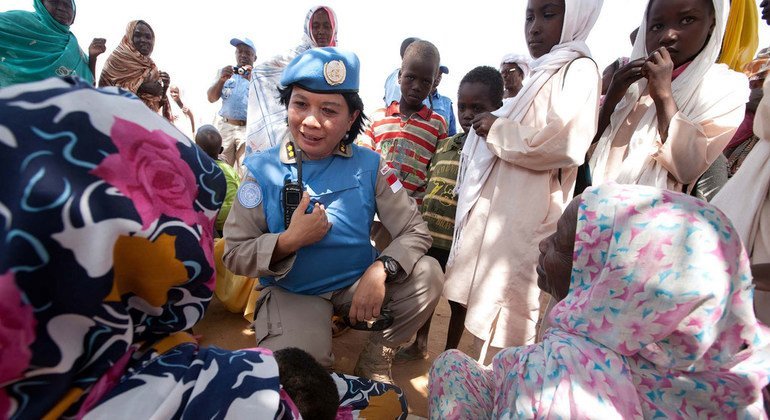 Lieutenant Colonel Yenni Windarti, a member of the Indonesian police unit with UNAMID, interacts with women and children at a water point in the Abu Shouk camp for internally displaced persons during a morning patrol in El Fasher, North Darfur. In August 2012, Indonesia had around 150 UN police in the Darfur region of Sudan to provide escort and security to UN personnel and to the residents of the Abu Shouk and Zam Zam camps. 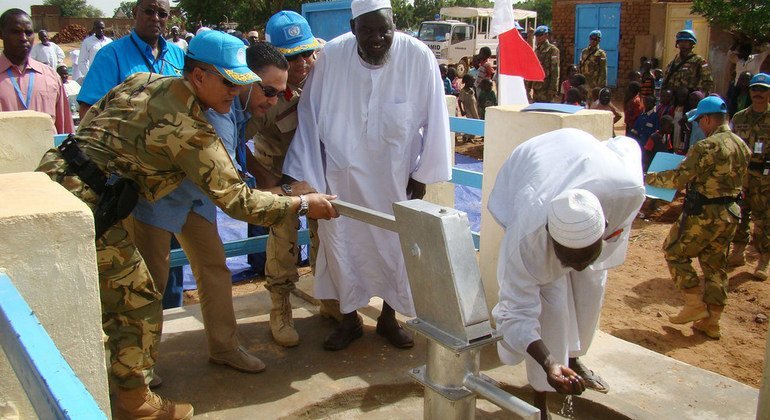 In August 2015, the Indonesian battalion handed over a hand water pump in Al Riyad camp for internally displaced persons, in West Darfur. Such projects are often undertaken by UNAMID peacekeepers of their own initiative to support those in need and improve the daily living conditions of the local populations. 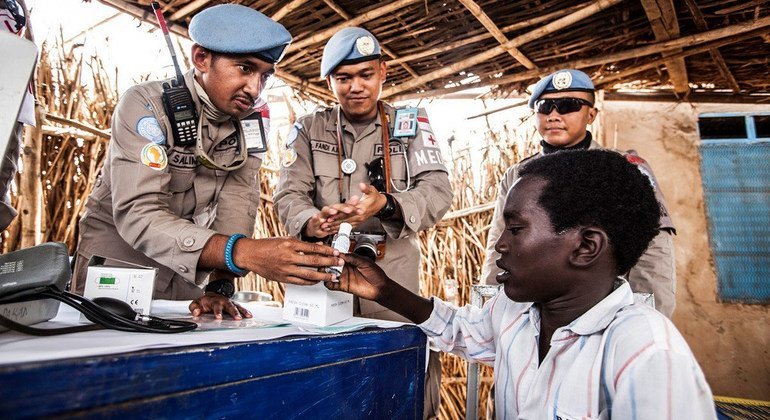 As of 31 March 2018, Indonesia is the eighth largest contributor of troops and police to UN peacekeeping with nearly 2,700 personnel. Pictured here, UNAMID peacekeepers from Indonesia conduct a medical campaign at the Zam Zam camp for internally displaced persons in North Darfur in February 2017, providing free basic check-ups as part of its outreach efforts. 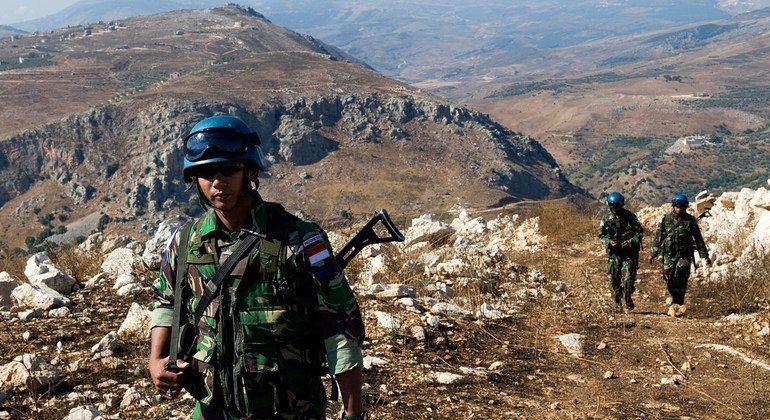 Indonesian peacekeepers serving with the UN Interim Force in Lebanon (UNIFIL) are seen here on foot patrol in the countryside near Taybe, South Lebanon, in July 2009. With over 1,200 uniformed personnel, Indonesia is the top contributor to UNIFIL, as of February 2018. 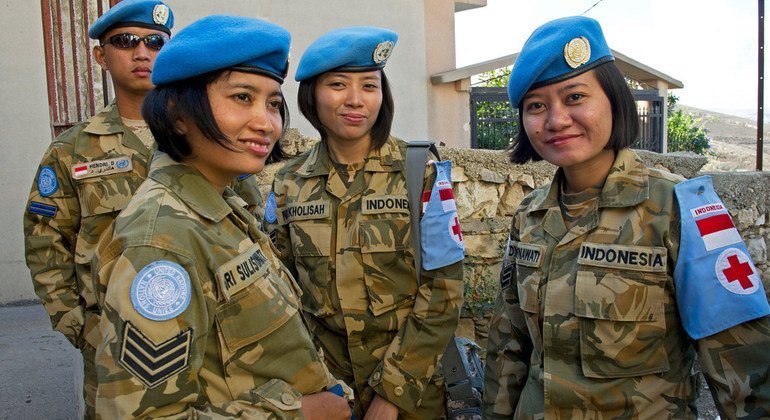 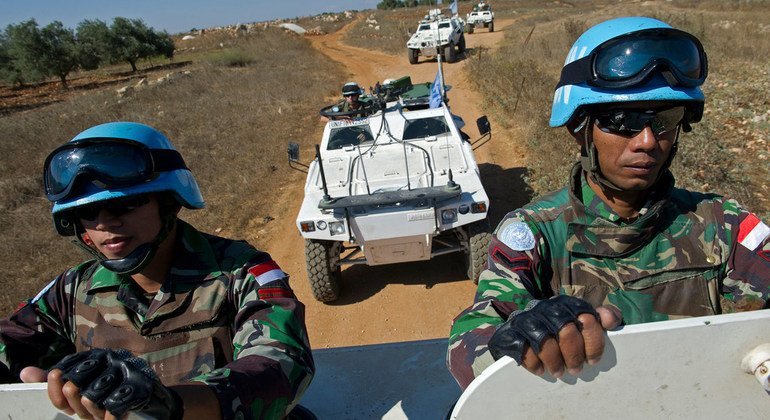 Indonesia’s proud history of service to UN peacekeeping has not come without a price. Thirty-six Indonesians have lost their lives while serving in UN operations. Seen here are Indonesian and French peacekeepers on a joint patrol near the town of Taybe, South Lebanon, in July 2013.