“Never give up”. Is the motto of Ben Ferencz, the last surviving prosecutor of the Nuremberg post-war US Military Tribunals, and at 99 years of age, he is still a tireless, and fearless, fighter for human rights and justice.

After the war, Ferencz was drafted into the Trials at a time when the very concept of war crimes was barely understood. Just 27 at the time, he found himself prosecuting former SS officers responsible for the deaths of thousands of men, women and children.

He went on to campaign for the establishment of international law, including the creation of the International Criminal Court (ICC), and to ensure restitution and rehabilitation for the victims of Nazi war crimes. 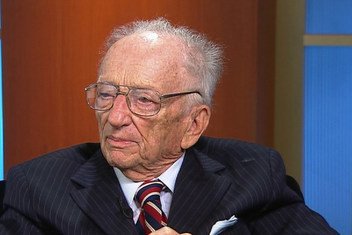 For this episode of our Lid is On podcast from UN News, Zeid Ra’ad Al Hussein, the UN High Commissioner for Human Rights, invited Ben Ferencz to our New York studio to talk about the ongoing fight for universal human rights.