© Cycling Without Age
Older people do not have to give up cycling.

Elderly people often have to give up cycling, due to a fear of injury, but Cycling Without Age, a movement which began in Denmark, is allowing them to regain mobility, and the pleasures of cycling, in safety.

The bicycle’s role as a simple, affordable and clean means of transportation is championed by the UN every year on World Bicycle Day, marked on 3 June.

In his message for the day, UN chief António Guterres said biking was "good for one’s health - physical and mental - and good for our one and only planet.  Bikes are popular and practical, providing exercise and transporting us not only to school, stores and work but to a more sustainable future."

As we grow older, our eyes, legs and general physical condition start to limit our ability to cycle. Elderly persons, often reluctantly, stop cycling for fear of getting injured, giving up the freedom and joy that cycling brought to them. So how can we help older people get back on their bikes, despite their limited mobility?

© Cycling Without Age
Ole Kassow with passengers in Luxembourg.

Like many Danes, Ole Kassow commutes to work by bicycle. Passing a nursing home, he noticed an elderly gentleman, his walking aid next to him, watching people go by. His name was Thorkild, and Mr. Kassow wondered how much people with reduced mobility miss the freedom that cycling brings?

© Cycling Without Age
Thorkild (right) on a ride in Copenhagen, Denmark.

He decided to rent a rickshaw and head over to the nursing home hoping to offer residents a ride. His first passenger was Gertrud, who asked to go to the Langelinie area of Copenhagen. It was a special place to her; she had migrated to Greenland after the Second World War and it was here where ships from Greenland used to dock. She recounted all the details and over the course of an hour, and they formed a bond. The experience had been enriching to both rider and passenger. The next day, the nursing home’s manager called and asked what he had done with, before quickly adding that all the other residents now wanted a ride too.

Mr. Kassow got in touch with Dorthe Pedersen, a civil society consultant from the City of Copenhagen, who was intrigued by the idea and together they bought five rickshaws.

Equipped with their new rickshaws, they gathered volunteer riders and took 10 residents from nursing homes out for a ride. By word of mouth only, 30 new volunteers had signed up by the next day. Pretty soon other cities in Denmark wanted to take part and it has kept growing since. Today, the movement has spread to 50 countries around the world, with more than 2,500 chapters.

“The bicycle is an equaliser, across generations, social boundaries, countries, it is a fantastic tool to create relationships between generations,” says Mr. Kassow.

Among its objectives, Cycling Without Age has been keen to challenge ageism, discrimination based on a person’s age. It does so by creating relationships between generations, between pilots and passengers, care home employees and family members.

“Relationships are so important that they should be enshrined as a human right, the right to relate. Then we would not build cities and communities in ways that prevent people from forming relationships.”

Relationships help build trust, create happiness and improve quality of life. They are key to preserving the stories of older generations which will otherwise be forgotten. Volunteer riders engage with their passengers, they listen to their stories and in turn they share those stories with their friends and family, ensuring that they endure through time.

The movement has shown how a simple bike ride can have profound effects on the lives of older people with limited mobility. Feedback from nursing homes speak of residents who have not talked for years telling neighbours of their cycling adventures and spirits being lifted in care-homes as a result of the rides. For those with visual impairments it has been about feeling the wind in their hair, taking in the smells and sounds.

The members of Cycling Without Age believe that life in a nursing home should be a place of joy and continued mobility, and they encourage everyone to invite an elderly neighbour, or a complete stranger, on a journey through cities and landscapes and, by doing so, help create better lives. 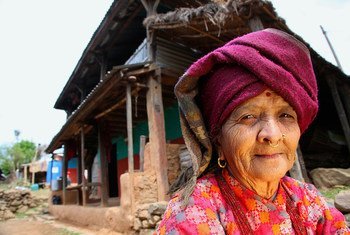 Amidst the COVID-19 pandemic, the world is reckoning with the disproportionate and severe impact that the virus has wrought on the “health…rights and well being” of older persons, the UN chief has said, marking the international day highlighting their issues. 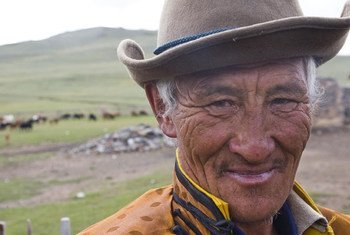 'Take a stand against ageism,' says UN on International Day of Older Persons

1 October 2016
The United Nations is marking the International Day of Older Persons by encouraging countries to draw attention to and challenge negative stereotypes and misconceptions about older persons and ageing, and to enable older persons to realize their potential to build a life of dignity and human rights.