© UNICEF/Forat Abdoullah
Women and children ride in the back of a truck as families flee from Saraqeb and Ariha in Syria's south rural Idlib Governate to escape escalated conflict.

Mark Lowcock also said that since 1 December, some 900,000 people have been uprooted by violence, the vast majority of whom are women and children. 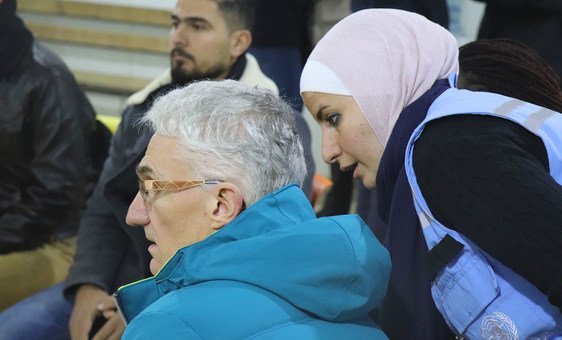 “They are traumatized and forced to sleep outside in freezing temperatures because camps are full”, he stated.

“Mothers are burning plastic to keep children warm” and “babies and small children are dying because of the cold”, said Mr. Lowcock, who is also the UN Emegerncy Relief Coordinator.

A deadly vortex of proxy wars could lead to “the biggest humanitarian horror story of the 21st Century” unless “Security Council members, and those with influence, overcome individual interests and put a collective stake in humanity first”, he underscored.

Since March 2011, Syria has been in the throes of a conflict that has forced more than half of the population to leave their homes.

The Idlib region – along with parts of neighbouring Aleppo province and the Latakia governate – is the last stronghold of the rebel and jihadist groups that have been trying to overthrow President Bashar al-Assad.

The region is home to some three million people, half of them already displaced from other parts of the country.

The offensive that began late last year has caused the biggest single displacement of people since the conflict erupted following the repression of demonstrations demanding regime change.

“The violence in north-west Syria is indiscriminate”, Mr. Lowcock said, painting a dire picture of aid workers’ equipment and facilities being damaged as the humanitarian workers themselves are being displaced and killed.

Moreover, there is a serious risk of disease outbreaks as basic infrastructure falls apart.

“We are now receiving reports that settlements for displaced people are being hit, resulting in deaths, injuries and further displacement”, the Humanitarian Affairs chief explained.

Although a huge relief operation, across the border from Turkey, is underway, he lamented that “it is overwhelmed”.

“The only option is a ceasefire”, concluded Mr. Lowcock.

UN Humanitarian
Voices from Idleb - Amina
♦ Receive daily updates directly in your inbox - Subscribe here to a topic.
♦ Download the UN News app for your iOS or Android devices. 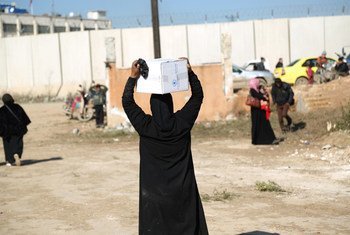 Urgently-needed aid deliveries to embattled civilians in north-west Syria have started again after a day-long break in distributions caused by escalating hostilities, the World Food Programme (WFP) said on Friday. 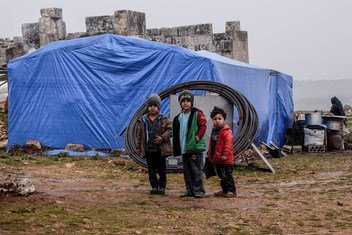 Air and ground strikes in the region of Idlib, northwest Syria, are causing “massive waves of civilian displacement and major loss of civilian life”, causing unacceptable human suffering which must stop now, Geir Pedersen, the UN Special Envoy for Syria, told the Security Council on Thursday.