Ms. Mohammed’s one-day visit was part of a joint UN-African Union trip to the Horn of Africa region, focusing on women, peace and security. In Somalia they emphasized the international commitment to the pursuit of peace, stability and credible elections in the country.

She was joined by AU Special Envoy on Women, Peace and Security, Bineta Diop, and the Special Envoy of the UN Secretary-General for the Horn of Africa, Parfait Onanga-Anyanga.

The importance of women’s meaningful participation in elections, efforts to counter extremism, and the economic development of Somalia, were underscored by the delegation, who met with Prime Minister Hassan Ali Khayre and cabinet ministers from the Federal Government of Somalia to hear about government policy in this area, as well as with female civil society leaders.

“The opportunity to hear from a diverse range of voices about the role of Somali women in different spheres of life drove home just how vibrant and engaged they are, and also how committed they are to ensuring that the role of women and gender equality is factored into all facets of life here”, said the Deputy Secretary-General. “This means challenging some outdated traditional views on the role of women and creating a space for them to be able to fulfil their potential.”

However, the deputy UN chief noted that further progress is needed, when it comes to gender equality; the role of women in politics, peacebuilding and security; and women’s full participation in the “one person, one vote” federal elections, due around late 2020 and early 2021.

Ms. Mohammed praised the engagement of Somali women in a range of spheres, and their commitment to ensuring that the role of women and gender equality is factored into all facets of life. “This means challenging some outdated traditional views on the role of women and creating a space for them to be able to fulfil their potential.”

Following the joint mission, Ms. Mohammed is due to travel to Sudan with senior UN officials. She will visit Khartoum and Darfur, including the UN Mission UNAMID, in El Fasher.

While there she is due to meet the President, Prime Minister, and other senior politicians, as well as civil society and women leaders.

Discussions will focus on the UN’s collaboration with Sudan, during the new phase of civilian-led government following months of political turmoil, in particular on economic development, and will also highlight the importance of women’s leadership. 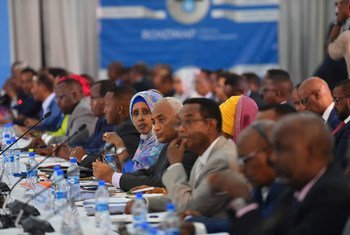 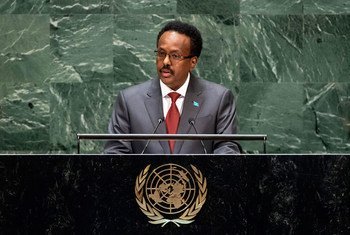 At UN, Somalia’s President spotlights country’s progress, but cautions eradicating terrorism ‘will not be easy’

Somalia is “the perfect example of the success of the multilateral system,” President Mohamed Abdullahi Mohamed told the UN General Assembly on Thursday, while acknowledging that the Horn of Africa country still needed international and regional support and cooperation, particularly to deal with threats from Al-Shabab.