The World Health Organization (WHO) says it’s extremely concerned about the deteriorating humanitarian situation in Al-Hol camp in Syria’s Al-Hasakeh Governorate, where 11 infants are reported to have died due to cold, in the past two days alone.

Over the last two months, approximately 23,000 people, mainly women and children fleeing hostilities in rural areas of neighbouring Deir Ezzour, have arrived in the camp. 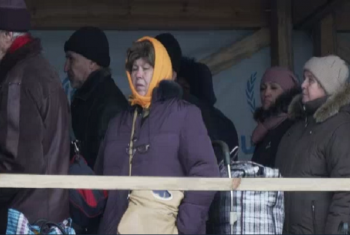 The humanitarian needs of displaced people in Eastern Ukraine are increasing this winter, contrary to the expectations of the UN’s Refugee agency (UNHCR) in the region.

The conflict in Ukraine between government forces and separatist rebels in the east, along the border with Russia, began in 2014 and is still ongoing, displacing more than a million people. 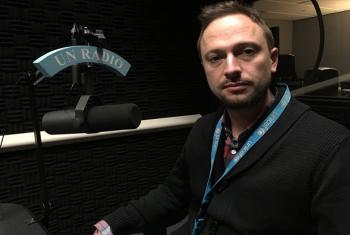 The number of refugees arriving in Europe is not slowing despite harsh winter conditions in the region according to the UN Children’s Fund (UNICEF).

Almost a million people arrived by sea alone in 2015.

They’re fleeing conflict and instability in the Middle East and Africa.

Christopher Tidey has been working for UNICEF in transit countries including Greece, Serbia and Croatia as well as destination countries, Austria and Germany.

Daniel Dickinson has been speaking to him. 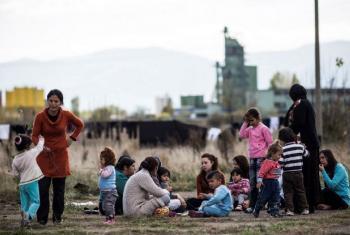 The most desperate time for migrants and refugees who have arrived in Europe may be yet to come.

With the first winter weather arriving in Central and South Eastern Europe, the UN Refugee Agency (UNHCR) is urgently distributing coats, blankets and other basic winter items to the hundreds of thousands of people who’ve arrived in Europe this year.