Following calls from UN human rights chief Volker Türk for an independent investigation into ongoing deadly violence against protesters in Iran, the Human Rights Council has created a fact-finding mission, related to the protests that began on 16 September 2022.

Secretary-General António Guterres on Thursday appointed Volker Türk of Austria as the next United Nations High Commissioner for Human Rights, following approval by the General Assembly. 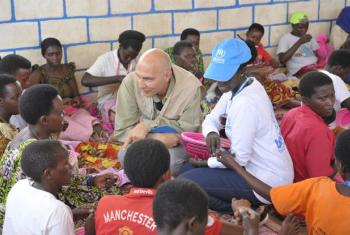 In 1959, Hollywood stars Gregory Peck and Doris Day were at the height of their careers.

But thanks to the former First Lady of the United States, Eleanor Roosevelt, - a delegate to the first ever UN General Assembly session in 1946 - that was the year they took part in what was arguably the most star-studded show ever produced by UN Radio.

“Life Begins At Ten”, tells the story of the last great European refugee crisis - before today’s era of epic life-and-death struggles on the part of refugees and migrants trying to cross the Mediterranean.