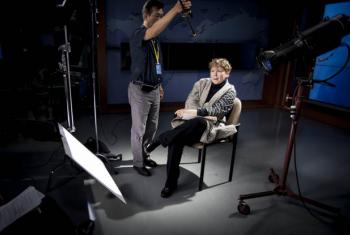 This week we have an exclusive in-depth interview focusing on sexual exploitation and abuse. The UN has described abuse allegations made against people serving the organization and others as “sickening” and has pledged thorough investigations while also offering support to victims.

In February this year, the UN Secretary-General appointed Jane Holl Lute as Special Coordinator on Improving the United Nations Response to Sexual Exploitation and Abuse. 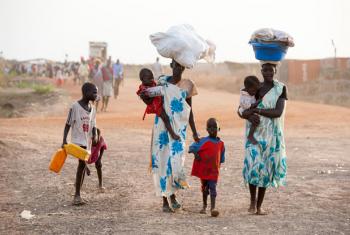 Weak law enforcement institutions and some traditional cultural practices hinder victims of gender-based violence in South Sudan from reporting these incidents to the authorities.

That’s according to the UN mission in the country, UNMISS, which has launched a campaign targeting women in four camps for internally displaced people (IDPs).

Leda Limann heads the UNMISS field office in Warrap State which is behind the campaign.

She talks to David Lukan about the scope of the challenge. 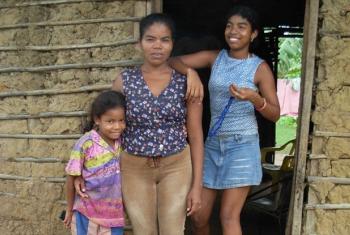 Displaced by Colombia’s armed conflict, this family now lives in Arjona, an impoverished community outside Cartagena on the northern coast. Photo:Kristy Siegfried/IRIN

A new agreement signed between the government of Colombia and the Farc rebel group is an important breakthrough for bringing peace to the country, according to a top UN official in the country. 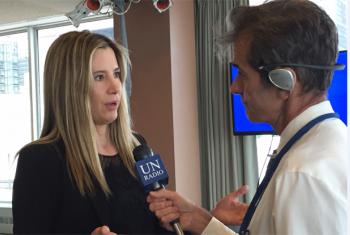 The American actress, Mira Sorvino, has said she uses her position as a UN Goodwill Ambassador to publicize the “truth” behind the trafficking of women and men.

Ms Sorvino has been at UN headquarters to discuss how criminal justice policies can better reflect the needs of women as part of the newly adopted global development agenda. 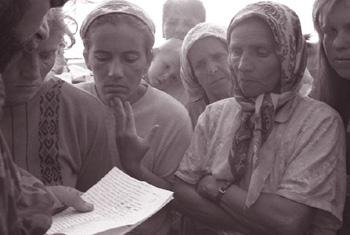 The 8,000 Muslim men and boys who were killed in the Bosnian town of Srebrenica in July 1995 have been remembered at a commemorative event at UN Headquarters on Wednesday.

The UN Secretary-General Ban Ki-moon said the organization and the international community had failed to protect these innocent civilians.